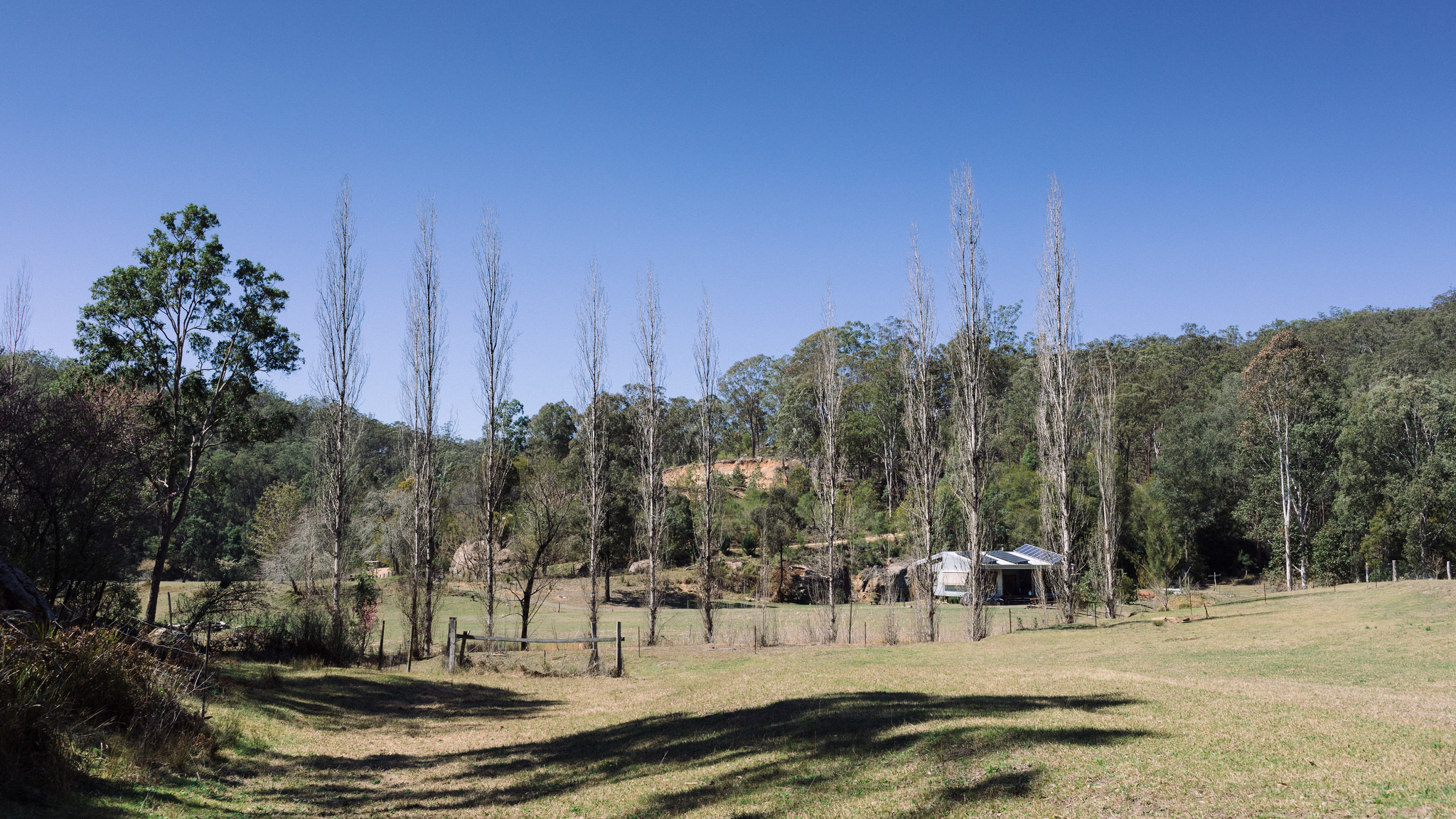 We went for a weekend away up to a place in the Hunter Valley billing itself as an “eco retreat” and it was pretty great! We were able to bring Beanie along too, which he loved. Kristina had the great idea to get one of those extendo-leads so he was able to roam up to five metres away and smell all the smells while still remaining technically on his lead.

The whole place is entirely off-grid: electricity comes from solar plus battery storage (though they also included instructions for how to start up the backup generator in case anything happened), the toilet is a composting one, and water is all captured from the rain and stored. They did have a somewhat anaemic ADSL2 connection though, so I don’t know if you count that as still being entirely off-grid. 😛 There was zero mobile phone signal though, the whole time we were there our phones said “No service”.

The place was decorated in quite the rustic style, with all sorts of old bits and bobs around, but it was all totally clean and dust-free.

There was no electric kettle, only an old stovetop one, and you don’t realise  how spoiled you are until you remember just how damn long it takes for a kettle to come to a boil on a gas stovetop!

The whole place was completely and totally silent in terms of any sort of human noise, the only sounds were from the trees and birds, and it was absolutely delightful. Sunset down the shallow valley that we were in was quite nice too.

At dusk we saw a couple of wombats, though Beanie had to bark at them probably because they were low and had four legs and so looked somewhat dog-shaped, but we also saw some kangaroos! Beanie was absolutely fascinated by the kangaroos, we were watching from a goodly distance and he was sitting there absolutely laser-focused on them.

My only complaint with the place is the number of bugs that manage to come in at night! Only about half the windows have flyscreens on them, so we had to run around and mostly close the place up once dusk arrived. All in all it was extremely relaxing, though. A++ would relax again.