Holy crap today was non-stop busyness from the moment I sat down at my desk. I met up with the lovely velvetrhapsody for lunch, since we discovered that we work right across the road from each other! Apart from that, though, I had no downtime until I finished for the day. It was a reasonably productive day at least, but man am I fried.

…which is surprisingly not at all awful. It’s pretty much exactly what we were expecting considering the price. No idea what the hell the reviews were complaining about, everything’s clean and tidy.

The Zig Zag Railway was fun, and very sooty! I ended up with a bunch of black ash in my hair, which looked disturbingly like dandruff. After that we drove to Katoomba and stopped off at the viewing platform. There’ll be some rather spectacular photos coming on Monday or Tuesday! The clouds were all puffy and angry-looking, which made for much more interesting photos than what just blue sky would have.

We checked into the hotel about 5, and were pleasantly surprised as mentioned above. Dinner was at Savoy on Katoomba St, which was a wonderfully 50s-feeling cozy place. The food was absolutely fantastic. After that we went for a wander and stopped into a couple of antique-type places. The first one was bizarre… everything was just average crap, but so overpriced it was insane! They had a set of four “vintage country” wooden chairs for $320! had almost identical chairs in her unit in Boston that she picked up for $5. The second one was much more interesting, it actually had legimate old stuff (like a first edition leatherbound version of the Titanic disaster hearings from 1912 for the lowly sum of $17500!) and just all sorts of cool bric-a-brac and things.

By the time we were leaving it was properly night time and all the angry clouds had come over, followed by a bunch of fog that was on the way. It was very creepy! Probably also because of the lack of people around in Katoomba at night.

Tomorrow the only solid plan is the Jenolan Caves, and we’ll see what else looks interesting!

Well. I’m now officially unemployed. It was a weird feeling handing my badge in and leaving the building for the last time.

Fucking cunting arse. I didn’t get that sysadmin job. And what’s more, they didn’t even tell me. I had to get the friend who used to work there to ask around about and he told me. Ugh. Rude bastards. And the reason for the rejection was that someone else “had more experience”. I’m getting rather sick of that phrase. Apparently it turns out that six years supporting Apple products counts for absolutely nothing.

So as of the end of Friday this week, I’m officially unemployed. 🙁 I’ve applied to a number of jobs and on the whole have heard nothing at all, beyond the occasional “You didn’t get the role” emails.

A very quick update from Denver, Colorado! Our plane to San Francisco boards in about five minutes, and it’s very nice having the flight there broken up like this.

Our flight to Sydney departs at 10:45pm San Francisco time and gets into Sydney at 7am on Saturday. Mmmm, jetlag!

I’m entirely too exhausted to post many details (and my iPhone is a bit of a pain to type long entries on), but we’re still here and alive! did all the driving today, and she is totally exhausted. I’m doing a bunch of driving tomorrow morning, which will be interesting.

We left Boston at 9:30-ish after a fucking horrible night sleep. We got probably four hours all up, it was alternately too hot or too cold, plus our allergies kept playing up.

The drive itself was very good though, we made good time and got into ‘s friends’ place right on 3pm. Tonight we’re going out to dinner and then playing some Rock Band.

Tomorrow we head to Aberdeen in Maryland to see some friends of my parents, then it’s basically just a straight drive south and get as far as we can get before we get tired.

Good god I hope we manage to get a good night sleep tonight.

Oh for fuck’s sake! The cable in my headphones has fucked up again. It’s only playing out one side. Fortunately the cable actually plugs into the headphones themselves, one into the left and one into right, so I don’t need to get an entire new set of headphones completely, but god dammit! I’m leaving tomorrow and would really like a working set! Last time it happened was over a year ago, but seriously, WTF. Exactly the same problem.

I’m considering just going down to JB Hi-Fi and getting a whole new pair, as I had to order the cable last time and it took like a week to arrive.

And there’s some douche sitting next to me listening to his voicemail messages on speakerphone. Grrr. Not a good start to the day.

I really should start bringing my regular camera with me again, I think. The clouds this evening were spectactular, and I only had my iPhone on me. 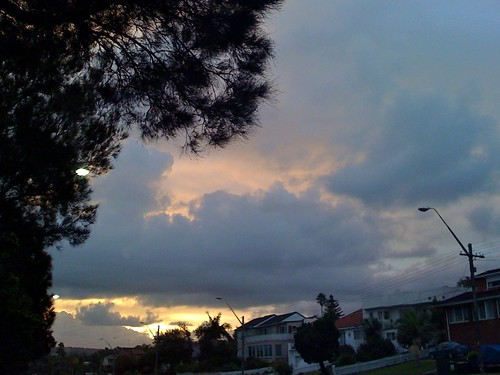 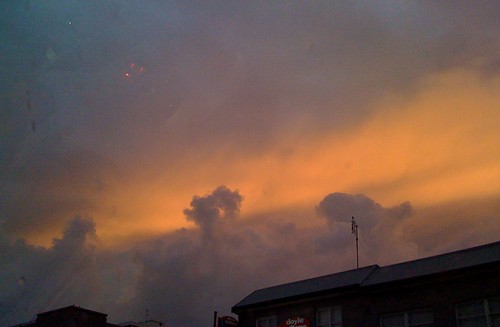 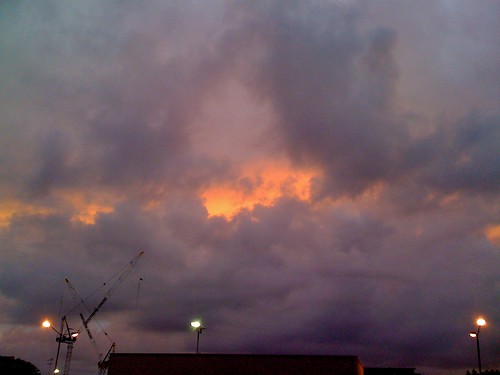 In other news, SIXTEEN DAYS UNTIL I LEAVE FOR THE U.S.!

There’s a very nasty thunderstorm rumbling around outside at the moment so I’ve shut everything down and unplugged it just to be on the safe side, but I can still get my interwebs fix on the iPhone!

…although it’s probably a little sad that I feel the need to do this in the first place. 😛

Speaking of the iPhone, there’s this very fun little app I’ve been fiddling with called Camera Bag that applies filters to your photos to make them look like they’ve been taken with various old-school cameras. 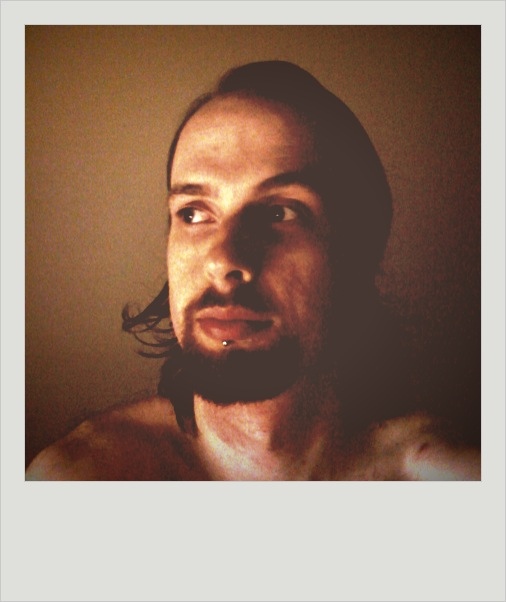 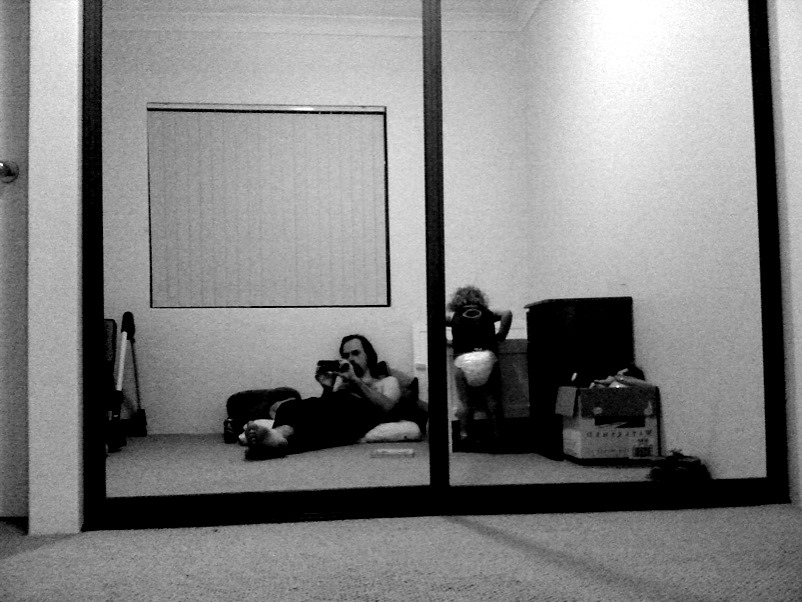 I’m seeing Lacuna Coil and DevilDriver tonight. The confirmation email I got when I ordered the tickets said 5pm so I left work an hour early. I get here and there are very few people here so I fire up the ticket place’s website (hurrah for iPhones!) and it says 7:30pm. God dammit!

At least I have my music. Sigh. ::twiddles thumbs::

Looks like there’s a new version of the iPhone LiveJournal app. I wonder if the stability has improved any.

And you can always tell when I’m bored on the bus because I’ll be either Twittering or updating LJ. 😛 Come to think of it though, I do have a few episodes of Supernatural on here!

Bah! Standing on the bus for the lose.

And I think I’m starting to understand the point of Twitter now… save my LJ from being filled up with crap, heheh.

…and having said standing ftl, a woman just randomly got up and decided to get off the bus. Woo seatage!

There’s an app for the iPhone called Mobile Fotos that lets you browse and upload photos to Flickr directly from the phone. It can even embed the location data of where you are before it uploads. Very cool.

In practice though it’s not as much use, because for some reason instead of reading the embedded location data from the photo, Mobile Fotos just reads your current location, which is where you are when the photo is uploaded. That doesn’t really result in very accurate geotagging unfortunately. 🙁

And whee, I managed to get through an entire LiveJournal post without this iPhone LJ client crashing!