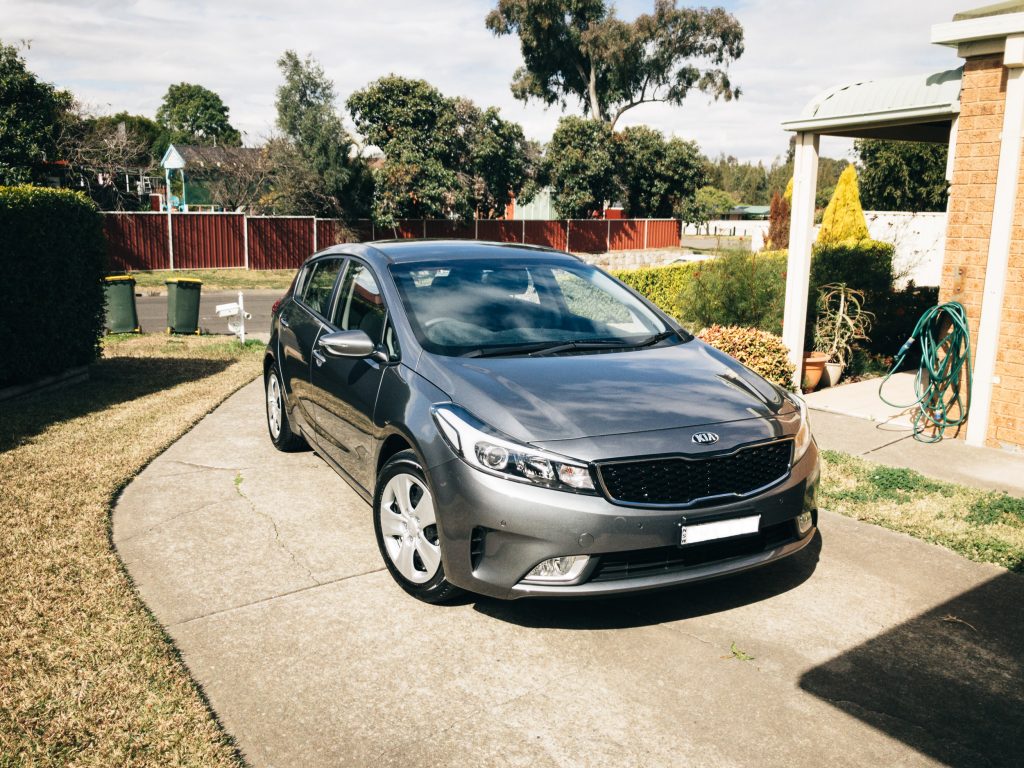 We’d been toying with the idea for a little bit, then Kristina came across some videos of crash tests comparing somewhat older (from ~2000-ish, which is exactly what our current Corolla is) cars impacting with newer ones. They’re nothing like the utter crumpling of the cars from the 1970s, but still somewhat alarming. She did a bunch of research and found that the current Kias are extremely well-regarded and reliable, and it turns out there’s basically nothing else in the same price range that offer as much power and features; the equivalent cars like the Corolla and Civic and such were all several thousand dollars more, with less power and fewer included features. The Cerato has a 7-year warranty as well, which seemed to be more than most other cars.

Speaking of power (112kW and 192Nm to be exact), we took one for a test drive on Sunday… I put my foot down and was accidentally doing 70km/h almost immediately! There’s a hell of a lot of room as well, it’s only marginally larger on the outside compared to our Corolla, but it’s so spacious inside. I’m excited about having a hatchback again too, there’s been a few situations where we were trying to put something into the boot and it just wouldn’t fit. Now we can go to town and put the back seats down and put EVERYTHING in it! *maniacal laughter*

We’re going to keep the old Corolla for a while just to go to and from the station in, because parking there means the car is permanently covered in dust thanks to all the construction going on, and when it rains everything turns to mud and the trucks going along the road just splash mud across everything.