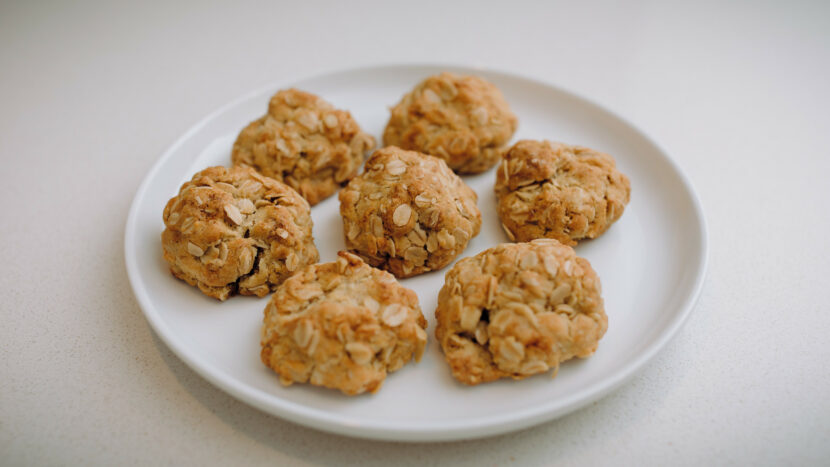 A disclaimer up front: I can’t claim any credit whatsoever for this recipe, my co-worker Rachel posted about it at work and I asked if she minded if I re-posted the recipe here!

With Anzac Day just past, another thing from this time of year is Anzac biscuits:

As mentioned above, my co-worker Rachel posted her own recipe that’s based as closely as possible on the really early Anzac biscuit recipes, and I made them last night and they’re amazing.

There’s two recipes, one is the pre-1920s version without coconut, and the other is with coconut and more sugar. I made the pre-1920s one as Kristina can’t eat coconut. The method is identical, just the ingredients differ.

I should also point out that they should go a lot flatter than in the picture above, but I cheated and microwaved the butter and golden syrup in the microwave rather than heating it on the stove, so the mixture didn’t stay warm and it didn’t end up spreading.