We went to a doggy training class today, on the suggestion of the dog trainer we had over a couple of times. She thought that he would do fine whereas we thought he’d just melt down as soon as he saw the other dogs and we’d immediately have to leave.

We’ve never been happier to be wrong! He was initially extremely barky when the first dog arrived but as soon as he got a good butt-sniff in he settled right down. It was quite incredible! I took a few happy-snaps on my iPhone, of course. At the end the next class arrived, which was a puppy class, and Beanie was happily running around and snuffling them as well.

The actual “training” part didn’t go quite so well, mostly because he was more interested in running around with the other dogs than paying attention to us, but still! 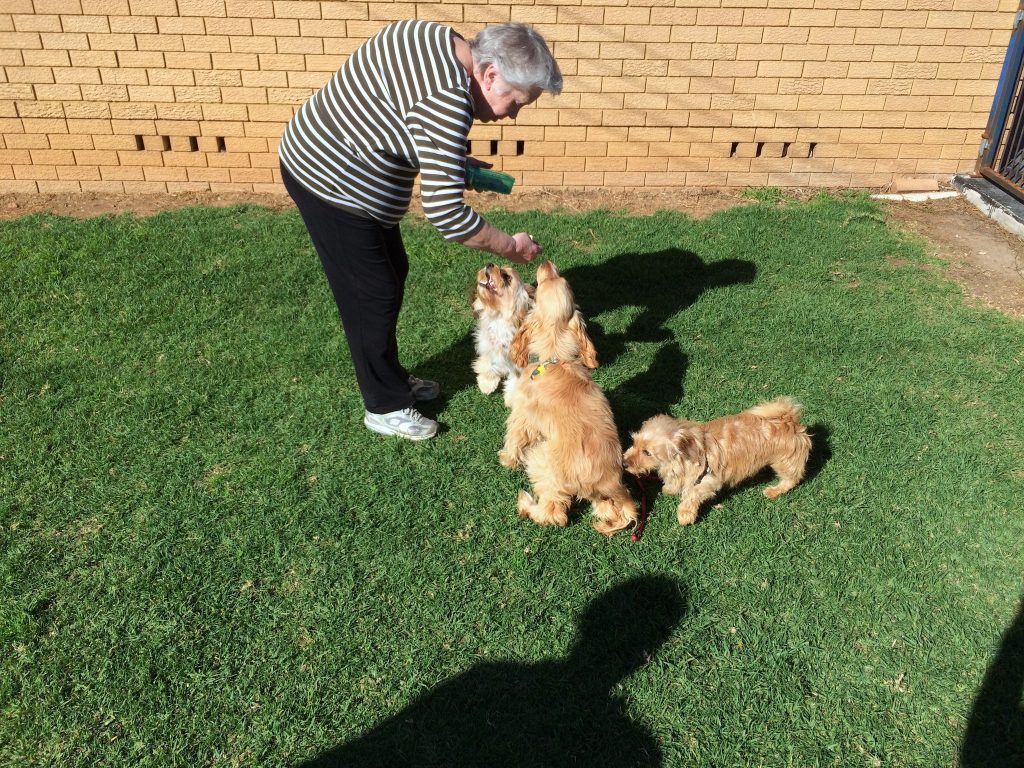 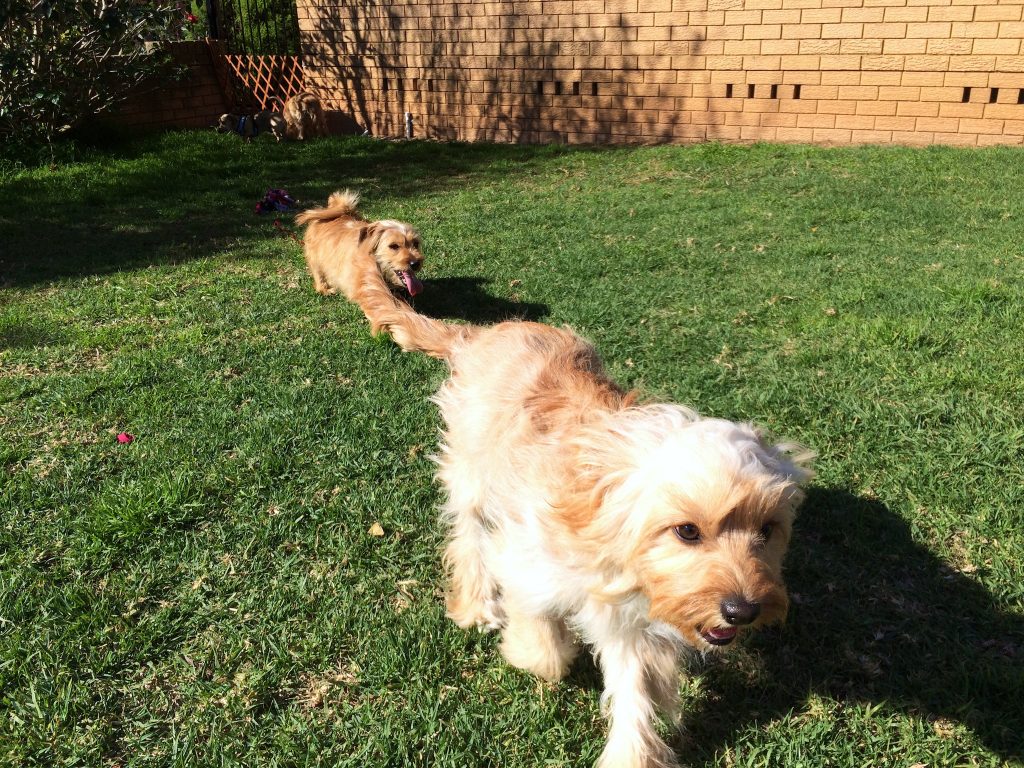 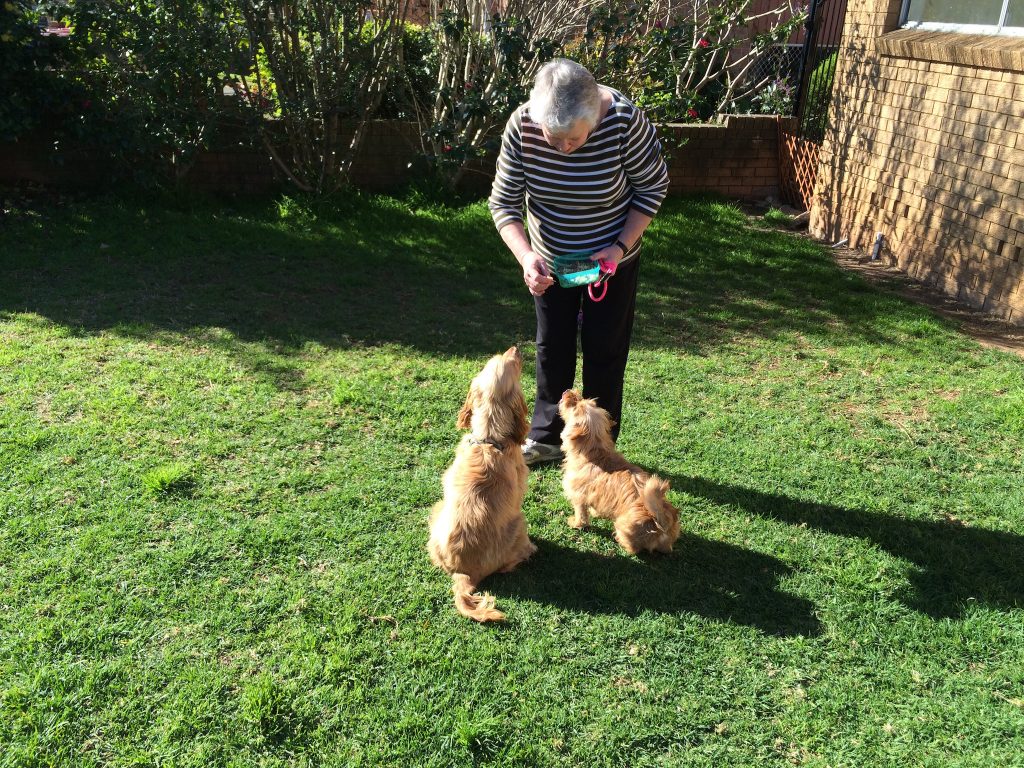 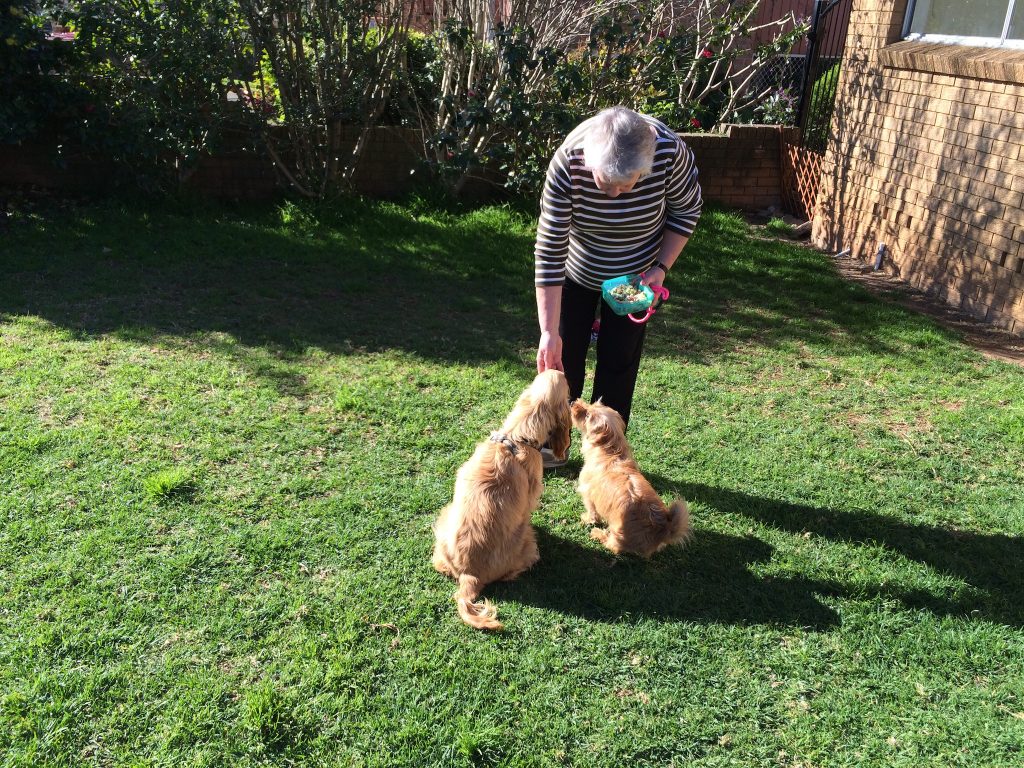 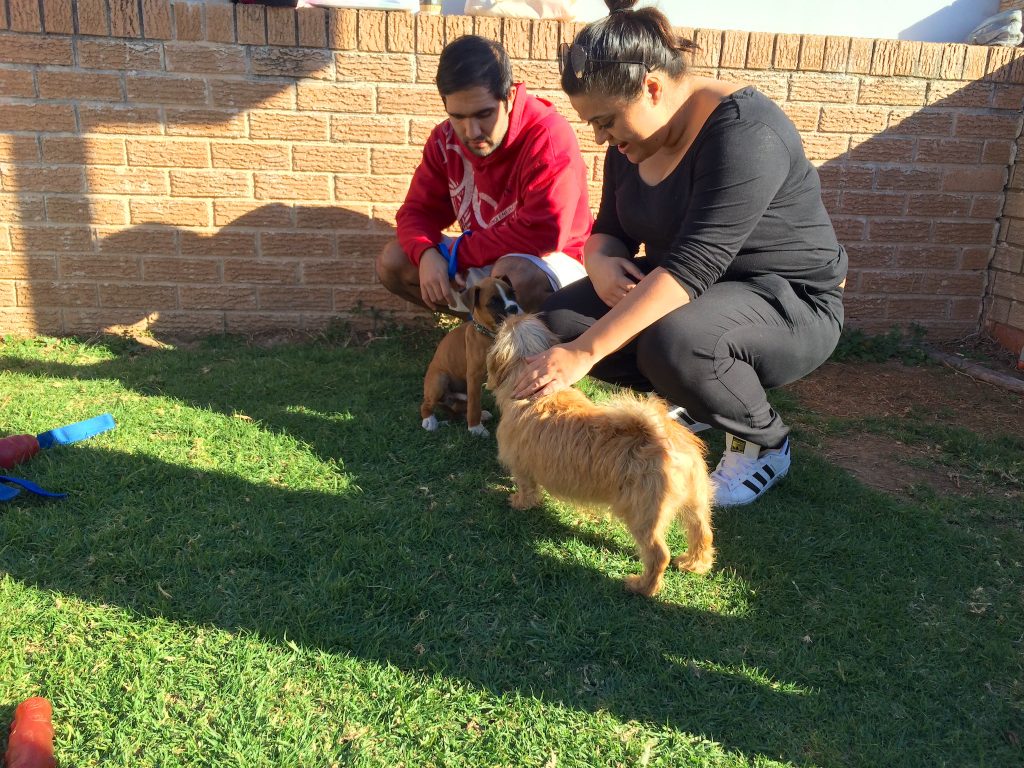 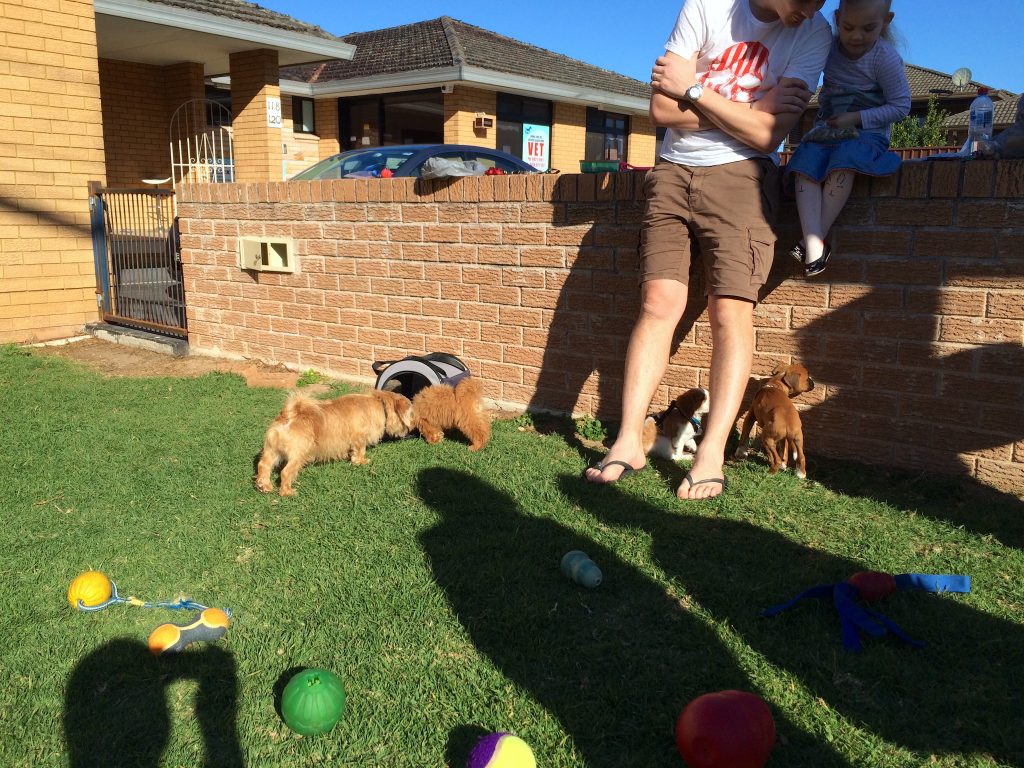