Kristina and I went up to the Hunter Valley for a long weekend last weekend. We stayed at a place called Hunter Hideaway Farm, and it was mostly nice but… a bit odd.

We arrived at about 2pm on Saturday, and there’s a long dirt road leading to the house that winds through fairly dense trees and bush. The lady that runs the place with her husband does ceramic sculptures and had put some of them on the trees and along the side of the dirt road as you start to get closer to the house. I understand the effect she was going for but it ended up just coming off as really creepy… a distinct “Someone who is insane and is going to kill you lives here” sort of vibe. It was even worse coming home after dinner when it was pitch black.

After that weirdness, we had just gotten inside when we heard a dog barking. We looked out the front door and there was a fairly sizeable dog barking loudly and in a very unfriendly manner at us. The husband rushed up and grabbed a hold of the dog’s collar, saying that the dog isn’t friendly and they weren’t expecting us yet (despite check-in being at 2, and why on earth would you have an unfriendly dog on a place that constantly has new people in it?!). After that he hauled the dog off into their house, but all of this was a slightly off-putting start to the vacation. The place had a kitchen in it, but it also had a sign saying that you needed to wash and clean and put away everything or there’d be a charge. I can understand not wanting people to leave the place as a complete mess but the sign was worded very passive-aggressively and really rubbed both of us the wrong way.

The view from the second story was pretty nice though. 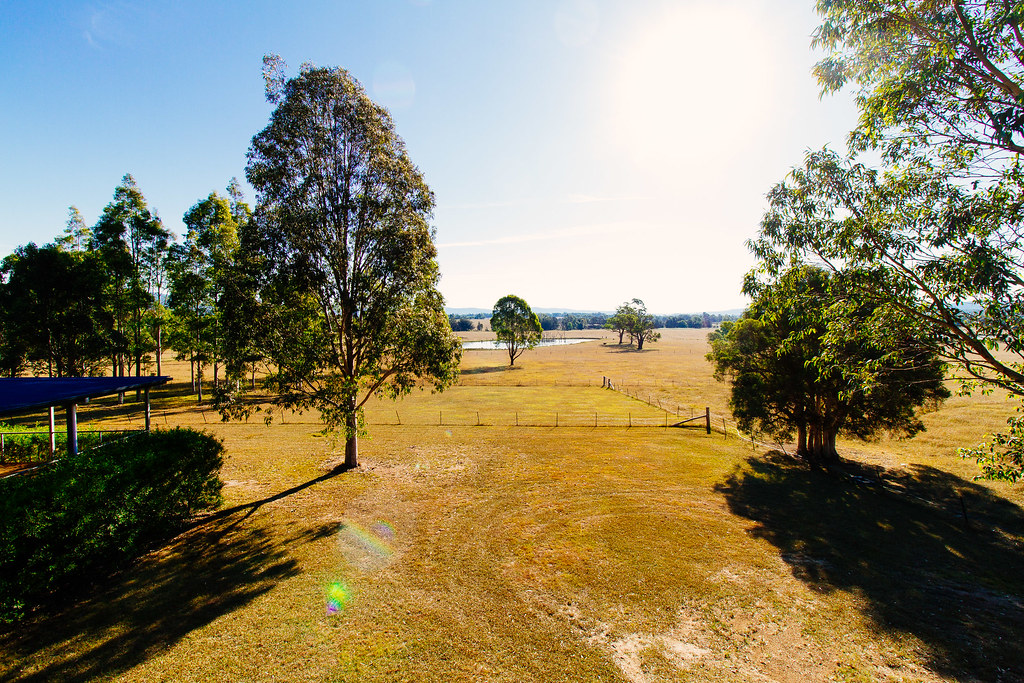 The farm itself is an actual working farm, they breed Angus cows and have some horses and a couple of ponies as well. One of the horses was very derpy, which was great, but the ponies were completely uninterested in people and apparently were also prone to biting. 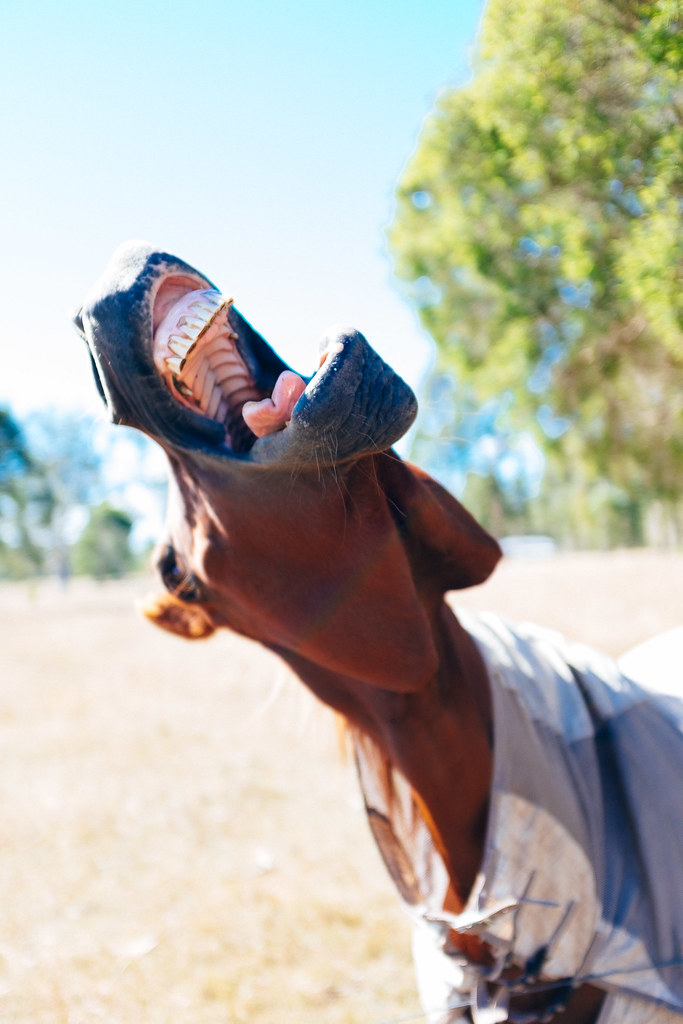 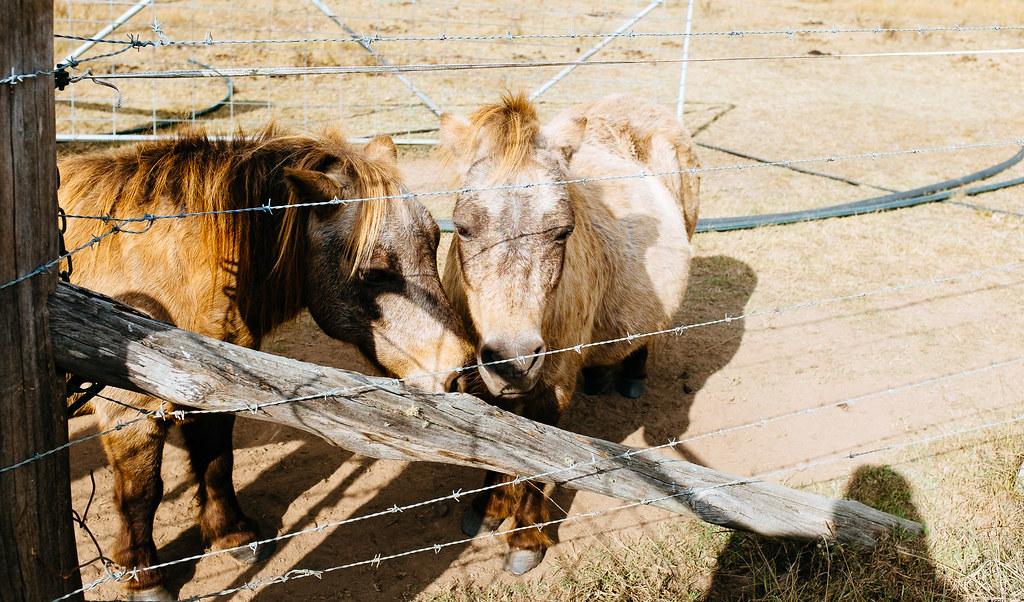 Neither of us drink wine, so we were mostly interested in the food of the area, but the first night’s dinner was underwhelming. It was at the Royal Oak Hotel and was recommended by the farm stay people but mine just wasn’t hugely flavourful and none of the flavours that were in Kristina’s dinner went together. The sheer distance that everything was from everything else was a bit annoying as well, not that that was entirely unexpected.

Saturday night’s weather was totally clear and a new moon as well, so the view of the stars was incredible; standing outside looking up at the Milky Way is always humbling.

The second day was spent doing some more wandering of the property in the morning (during which time that angry dog was out again and came running at us, but we just stood still and the wife came out and apologised and called him back, saying that he’s normally tied up—so maybe keep him tied up then), going out and buying lots of really nice cheese and chocolates, then relaxing and reading books in the afternoon. There was another, much friendlier, dog there that seems to have been a neighbour’s dog, and she was wandering around with us but mostly just running everywhere at full speed. There’s also an extremely picturesque lake that the cows enjoying sitting in and drinking from. 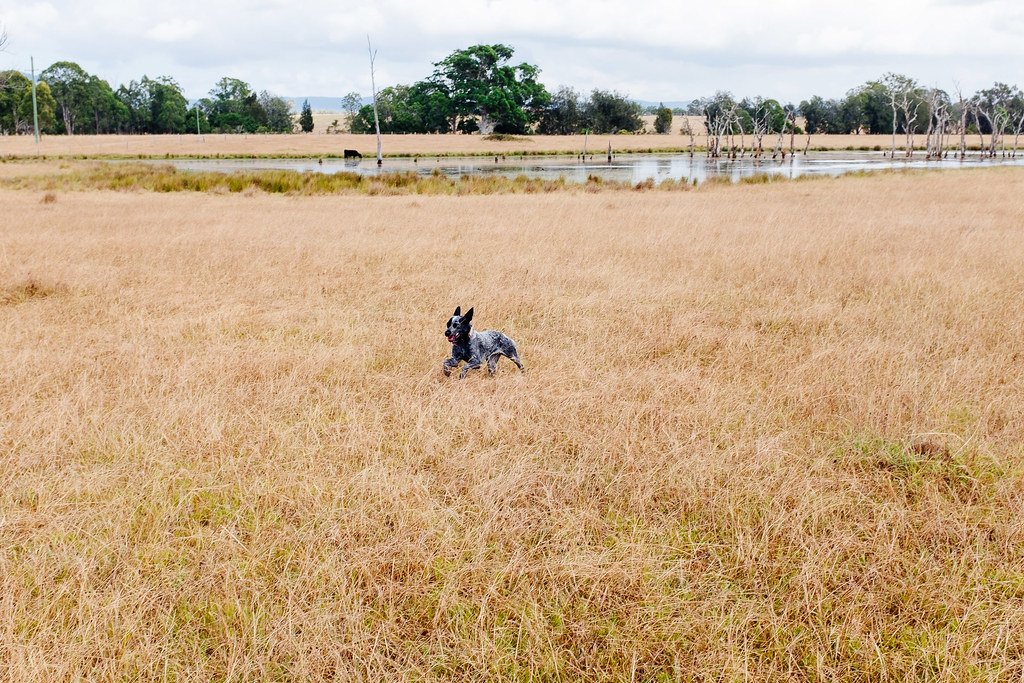 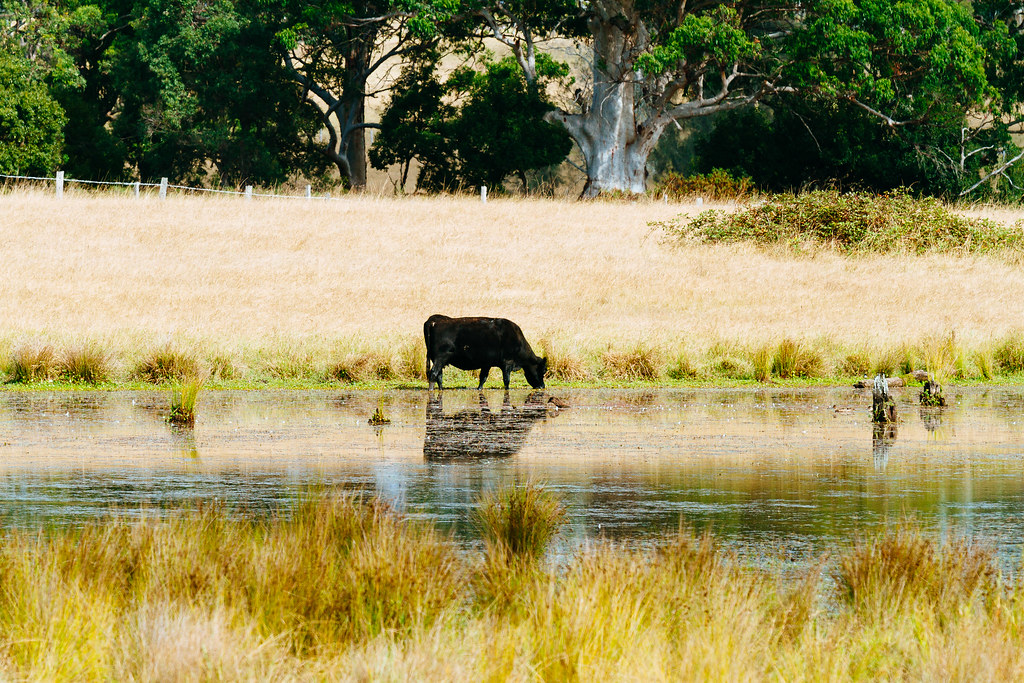 Sunset brought some really nice light and some great photos. The switch out of daylight savings was perfectly timed because we could admire the sunset and then go out to dinner, as opposed to all the gloriousness occurring while we were out. 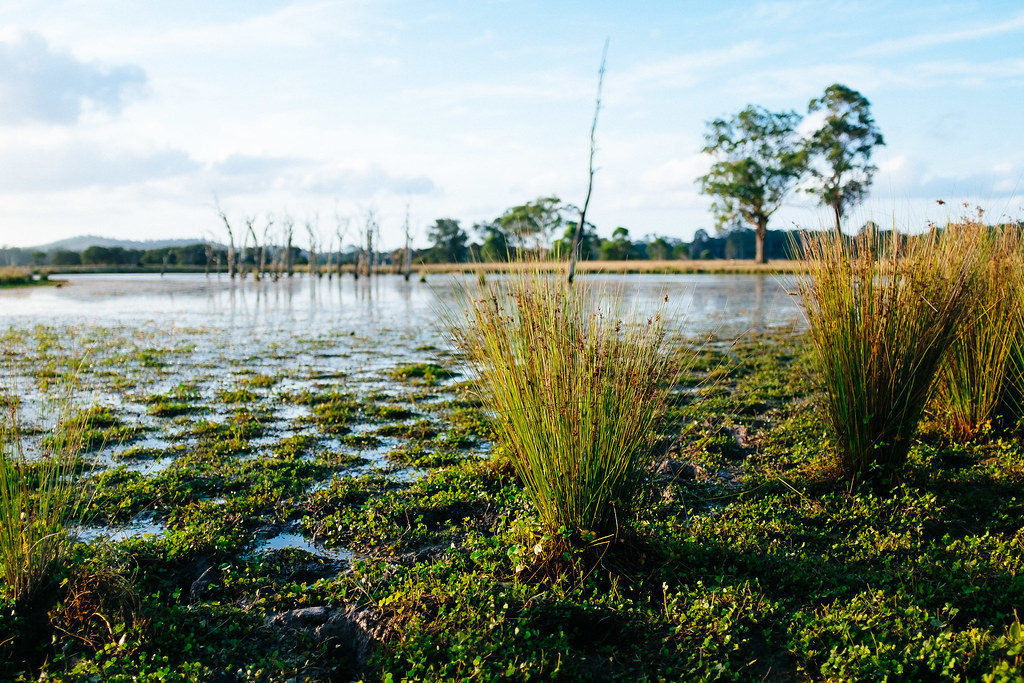 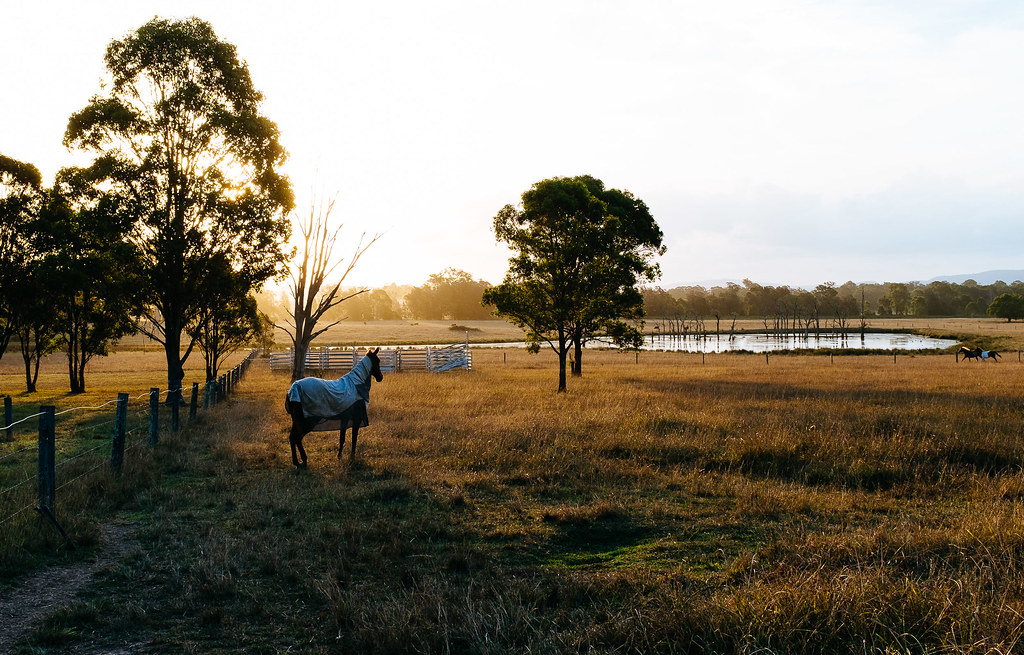 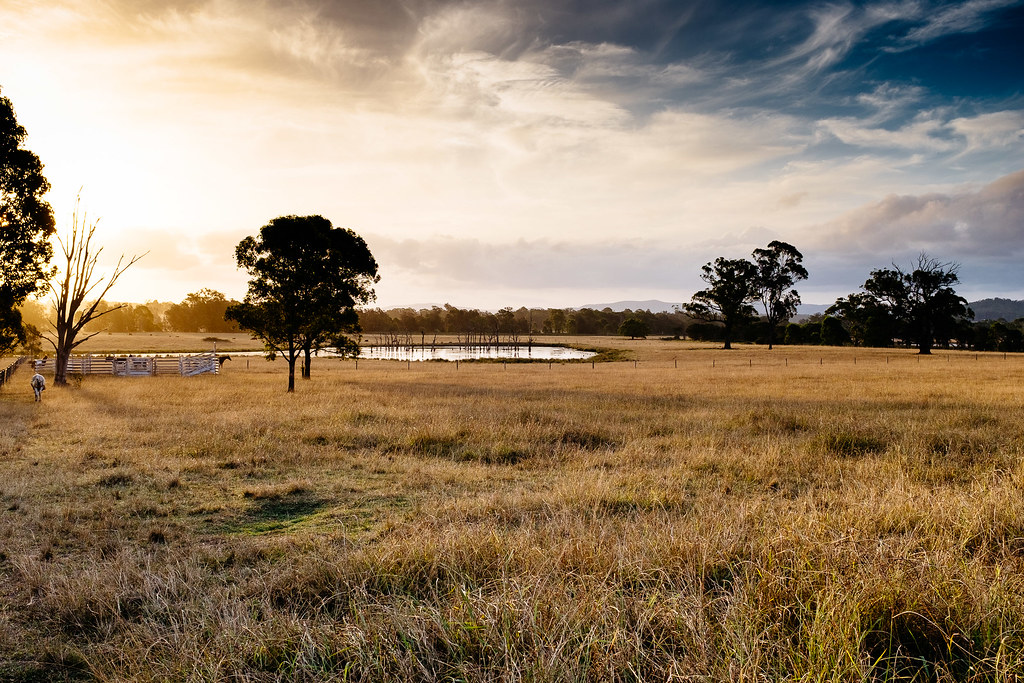 Sunday night’s dinner was amazing. We went to an Italian restaurant called Lillino’s, and it was one of those meals where just everything was perfect and it needed absolutely nothing—no extra salt, no extra parmesan, nothing. If you’re in the Hunter Valley you really need to go eat there.

It was definitely nice to get away from everything and spend some time relaxing and taking photos, but overall we’re not going to bother going back to the Hunter Valley, it’s not really our thing (and the farm stay was weird).