I’d posted back in May of 2013, just before we moved into our house, that I was really enjoying my nighttime cuppa, and nearly five years later we’re now at the point where we have an entire shelf of our pantry that has nothing but tea on it! 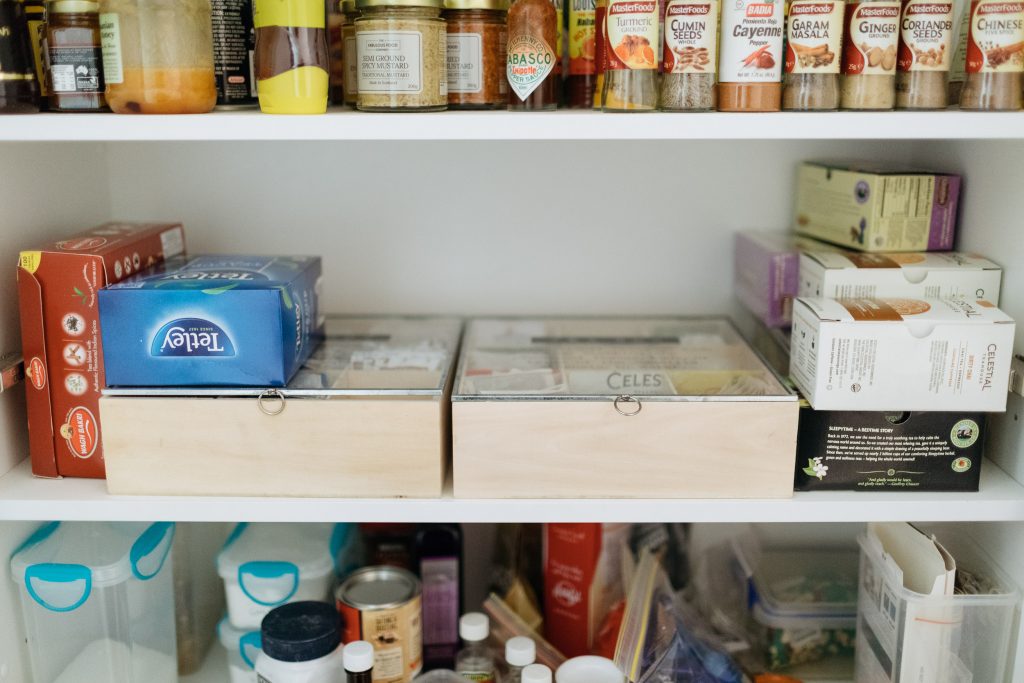 We’ve got a handful of loose-leaf teas, but I tend to forget about them because they’re buried at the back and it’s a bit of a pain to clean up afterwards. A cup of herbal tea after dinner is glorious, especially when the weather has cooled down. The brand “Celestial Seasonings” has quite a few very tasty ones, and we’ll frequently pick up a new interesting-looking type when we’re out at the shops too (hence the whole shelf of tea that we now have).

I still don’t tend to drink a lot of black tea, mostly because it’s not caffeinated enough compared to coffee, but we discovered McVitie’s digestive biscuits thanks to a British documentary series (called “Inside the Factory”) about how they’re made, and ohmygod they’re so good dunked in a nice hot cup of black tea! ?