I’ve posted previously about my mobile painting table setup (one, two) but one downside it’s always had is the table light I was using. It was nice and bright, but fairly harsh — at certain angles it’s very easy to be working in your own shadow — and because it was a halogen bulb it would get really hot, which in summer is decidedly unpleasant, even when inside with the air conditioning going.

I’d wanted to take advantage of LED strip lights for a while now to construct some sort of lighting system over the top of the table, and I decided that the Christmas break would be a good time to do it. We went to Bunnings today, and a bit of wood-cutting, drilling, screwing, and attaching later, I’m very pleased with the result! 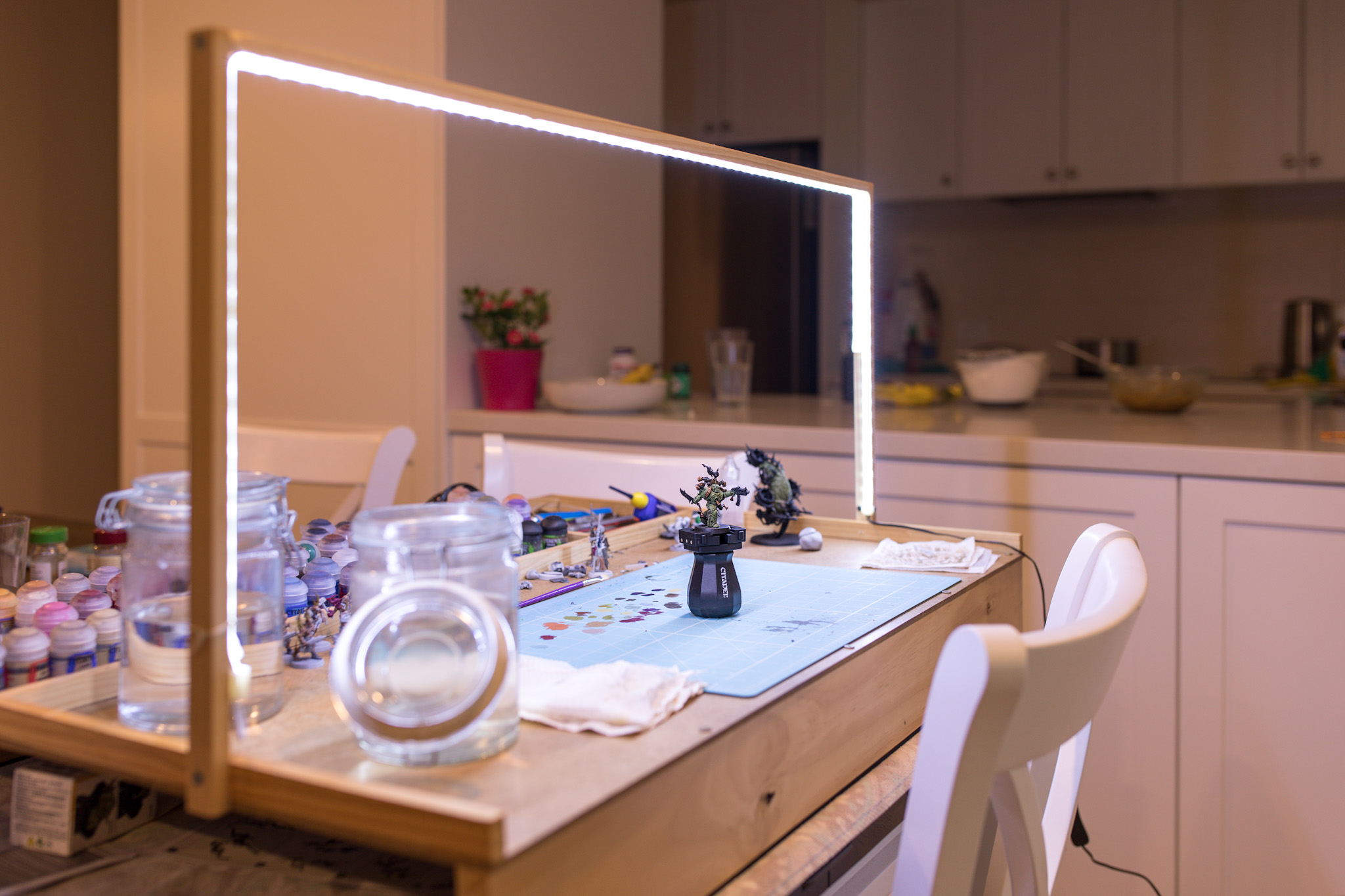 The lights are Arlec attachable LEDs, they come in a 3-metre-long strip with adhesive tape on the back of them, and you can even cut them at specific points and use the included joiner cable to join the two pieces together. Unfortunately the connection is very finicky, and I wasn’t able to properly attach the ends of the joiner cable to the wood as I’d wanted because at the angle I need the other half of the light strip cuts out. 🙁 Hence the dodgy cable tie that you can just see at the left of the photo above. As long as I don’t jostle or move it it works fine though.

It casts a really nice even light, and while I think it might actually be a little bit dimmer than the old light, the lack of harsh shadows more than makes up for it — and if I decide in future that it’s too dim, I can just get some more LED lights and hook them up!