Warhammer 40,000 used to be quite the complicated affair, lots of rules and looking things up on different tables to check what dice roll you needed for different effects, and needing many hours to finish a game. The 8th Edition of the game came out last year, and was apparently extremely streamlined and simplified and seems to have been received very well. Since I’d been doing well with Shadespire, I decided to get the 8th Edition core box set as well, and had almost exactly enough in Amazon gift card balance for it! It comes with Space Marines, as always, but the opposing side is Chaos this time. 7 Plague Marines, a few characters, a big vehicle, and about 20 undead daemon things. I decided to alternate between painting a handful of each side at once, so as not to get bored, and have gone with Space Wolves (big surprise, I know) as the paint scheme for the Imperial side. 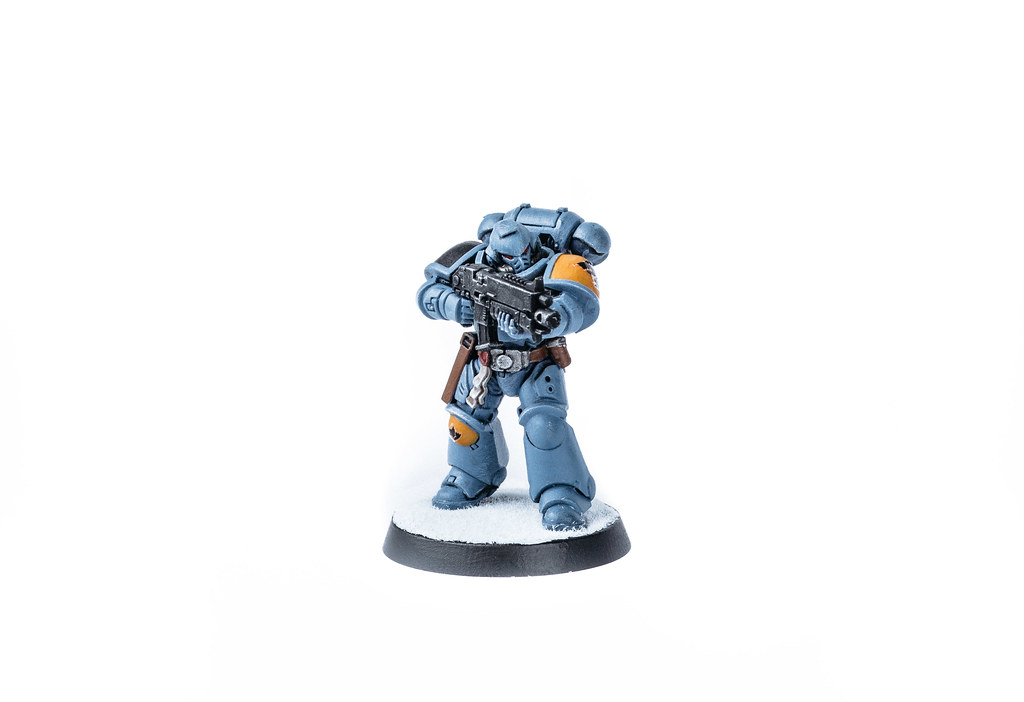 There’s another five of these Space Marines but they’re all identical apart from the poses so I didn’t take photos of all of them.

The Plague Marines are all unique though, so I’ve been taking photos of each of them, my first batch was four of them. 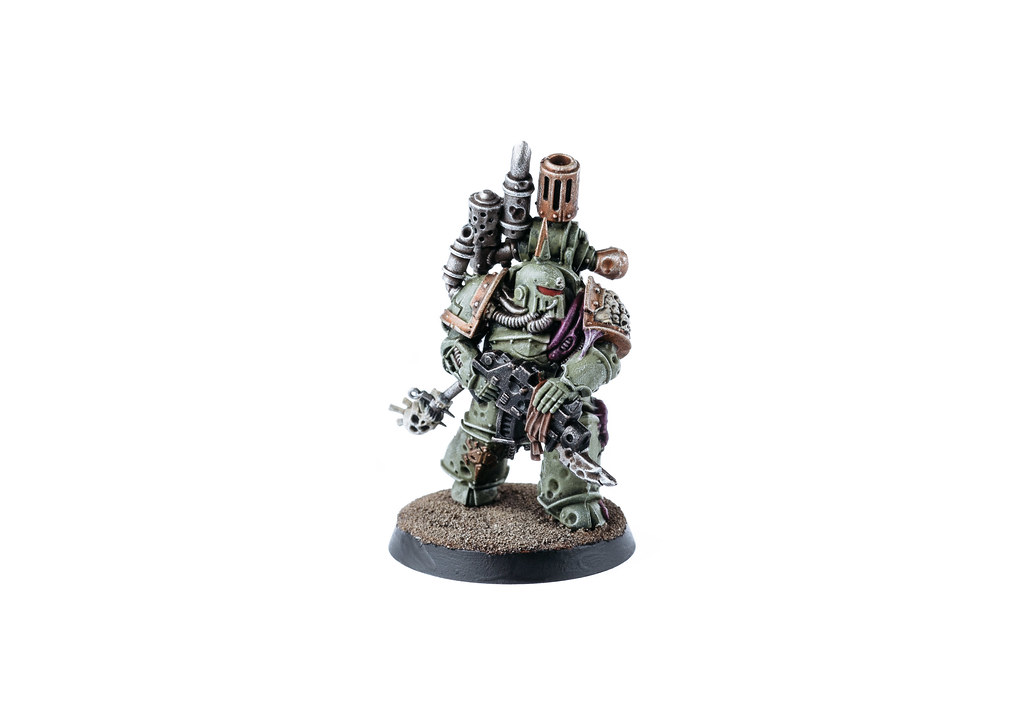 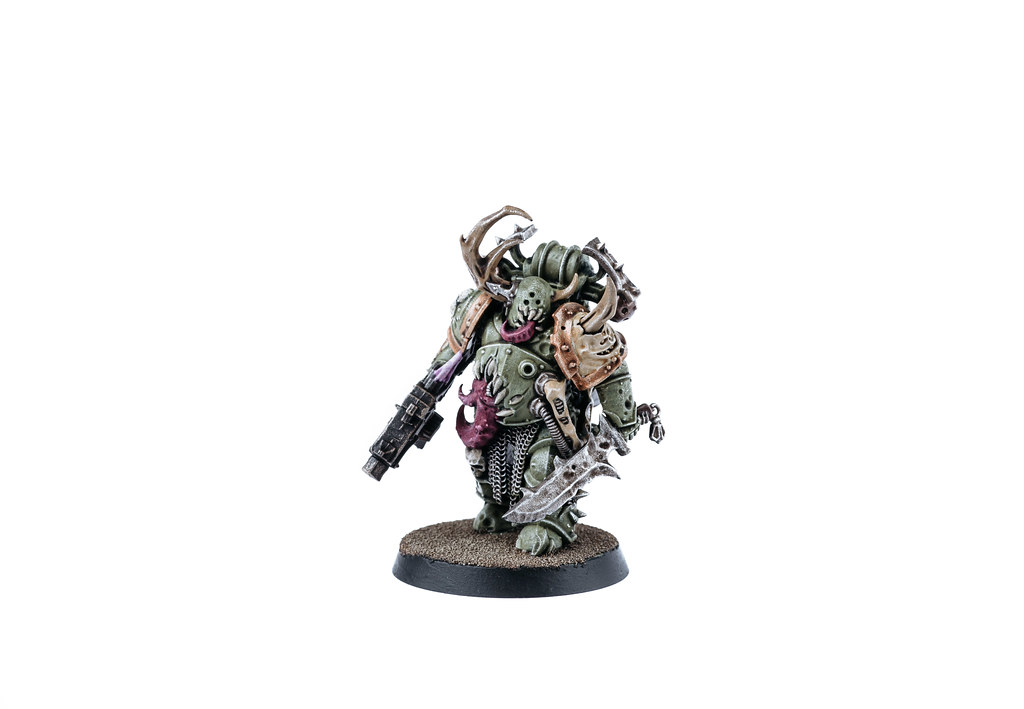 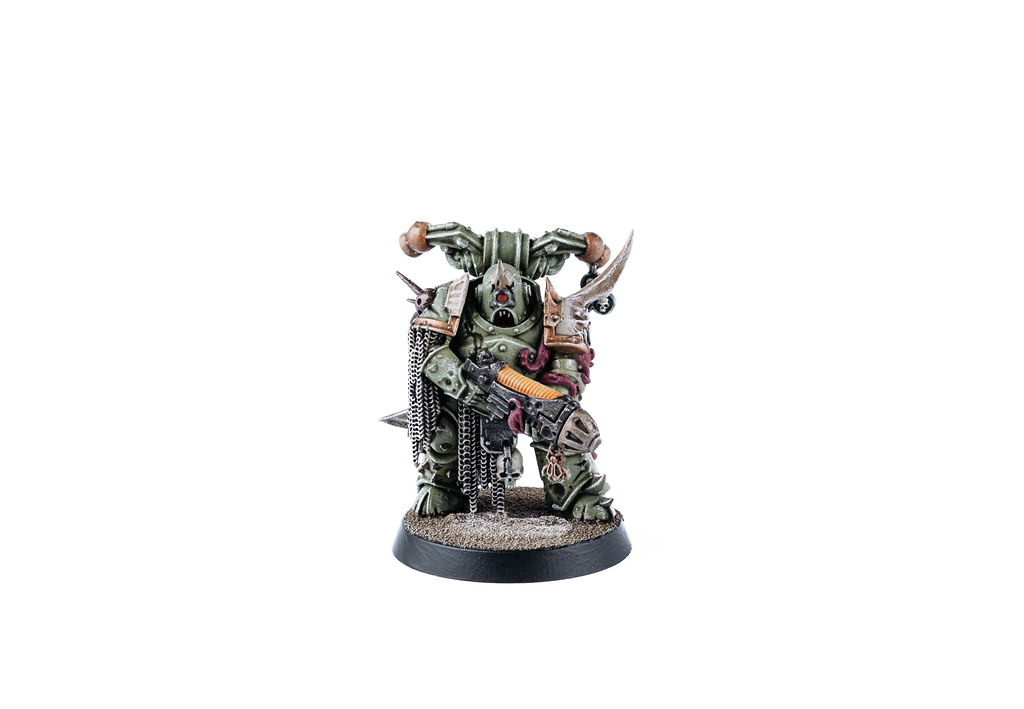 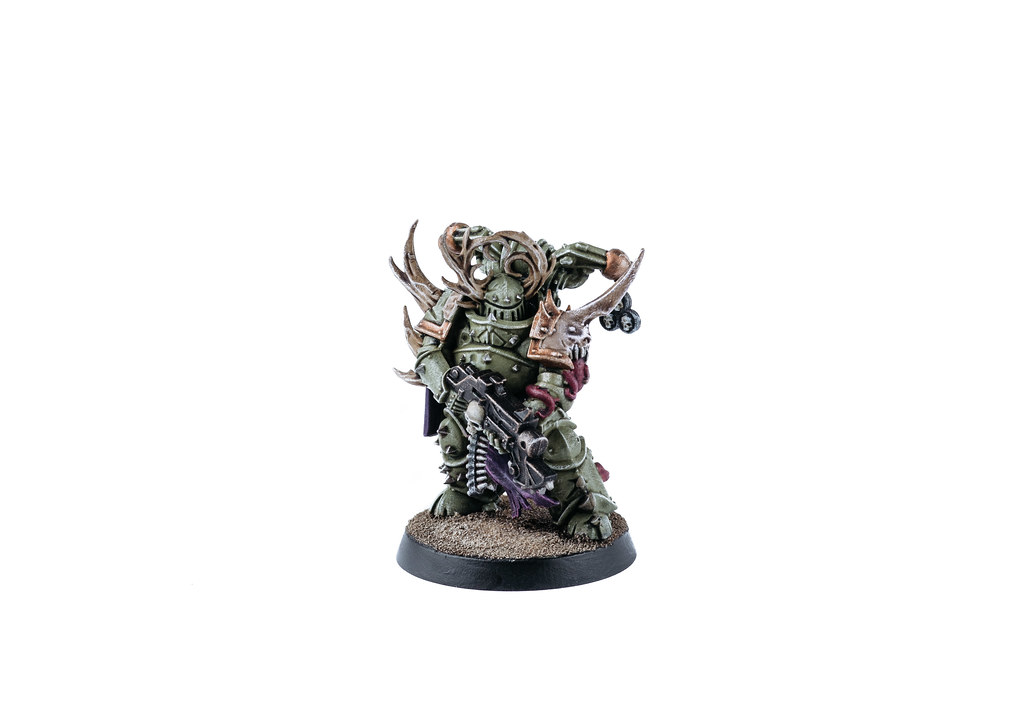 My mobile painting table has been a great success, but after the first batch of Space Marines I realised I was getting a sore neck and back from hunching over towards the miniatures as I was painting them because everything was too low. Another trip to Bunnings, and lo and behold… 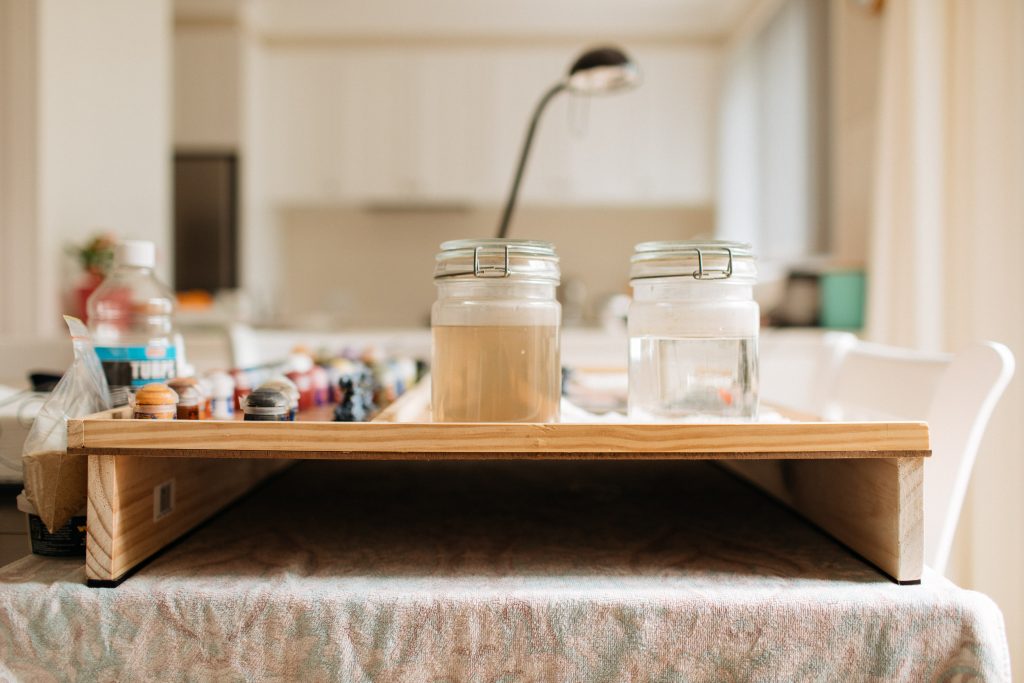 I also realised the other day why I was enjoying painting my miniatures a lot more now than I used to… it’s thanks to being able to combine my hobbies of painting and also photography. 😛 I can paint the miniatures and be happy with my work, but then also take professional-looking photos of them and share them with the world!