Last week we finally got around to visiting New Zealand! We’d been meaning to go for a good couple of years now, but never actually did it. We started small and visited just Queenstown and surrounds, and were only there for three full days.

We flew in at night on Saturday night, and the descent in was rather long and bumpy which I guess is to be somewhat expected when it’s surrounded by mountains. We went into Queenstown for dinner first, and had one of the best burgers I’ve ever had at The World Bar.

The place we were staying was about 15 minutes drive from Queenstown, but because it was night time all we could see was brilliant yellow leaves on the trees at the side of the road where the headlights were lighting them up. We woke up the next morning, and holy crap, the view! 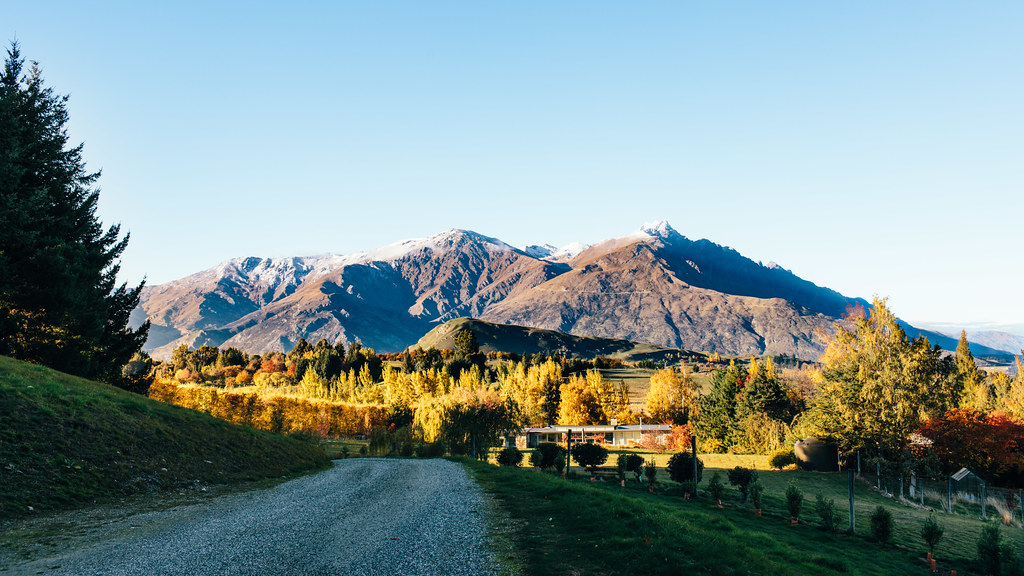 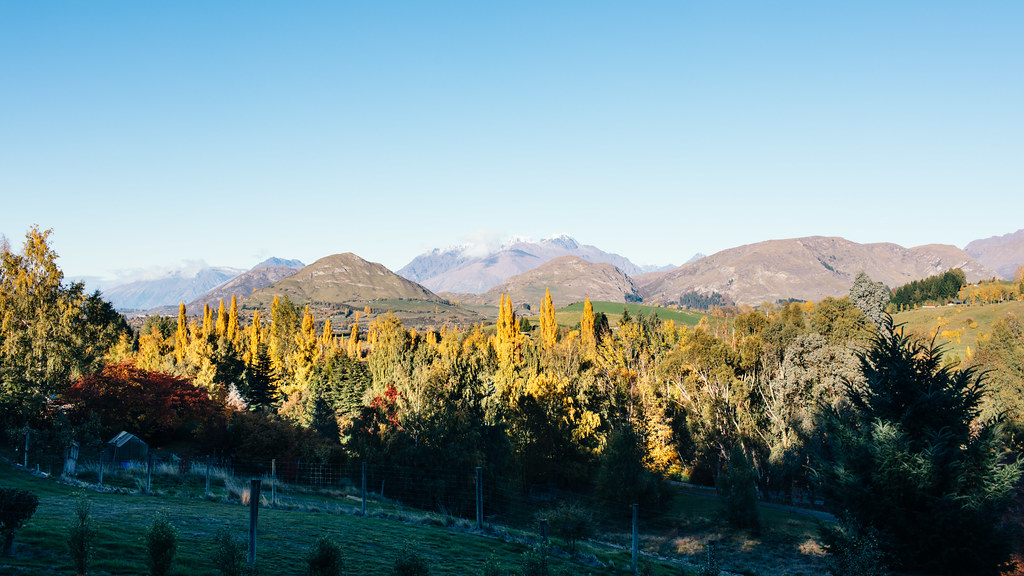 We went up the Skyline Gondola which has a hell of a view over Queenstown itself. 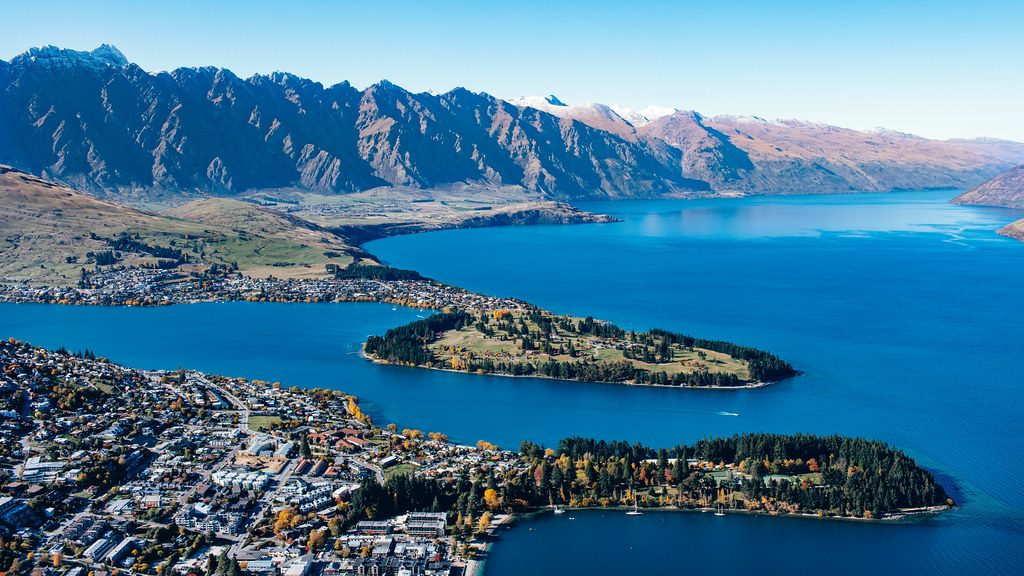 Next we drive up to Glenorchy, which is about an hour away. Lunch was surprisingly delicious beef noodle soup from a Chinese restaurant there (there are a lot of Chinese tourists around). 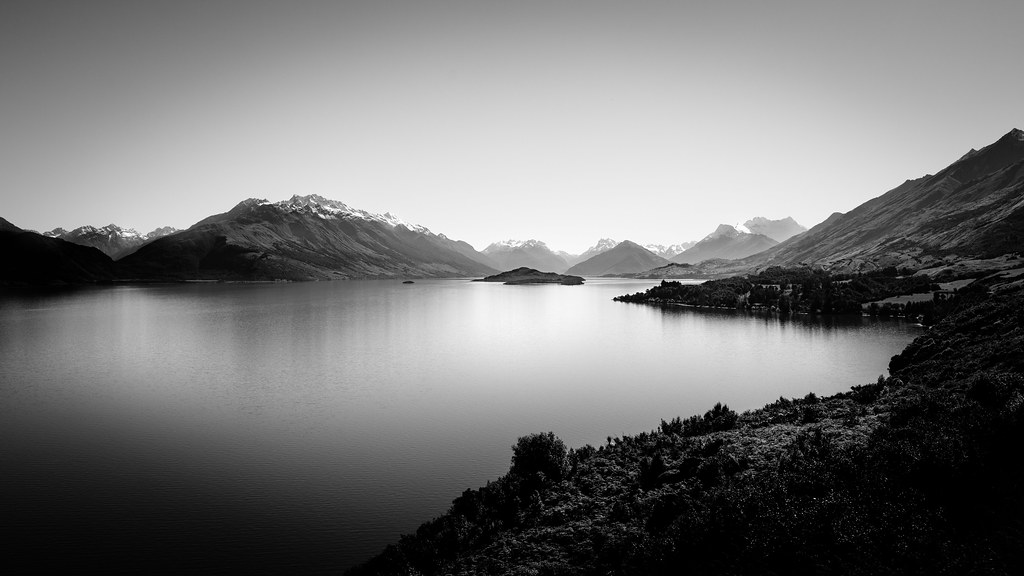 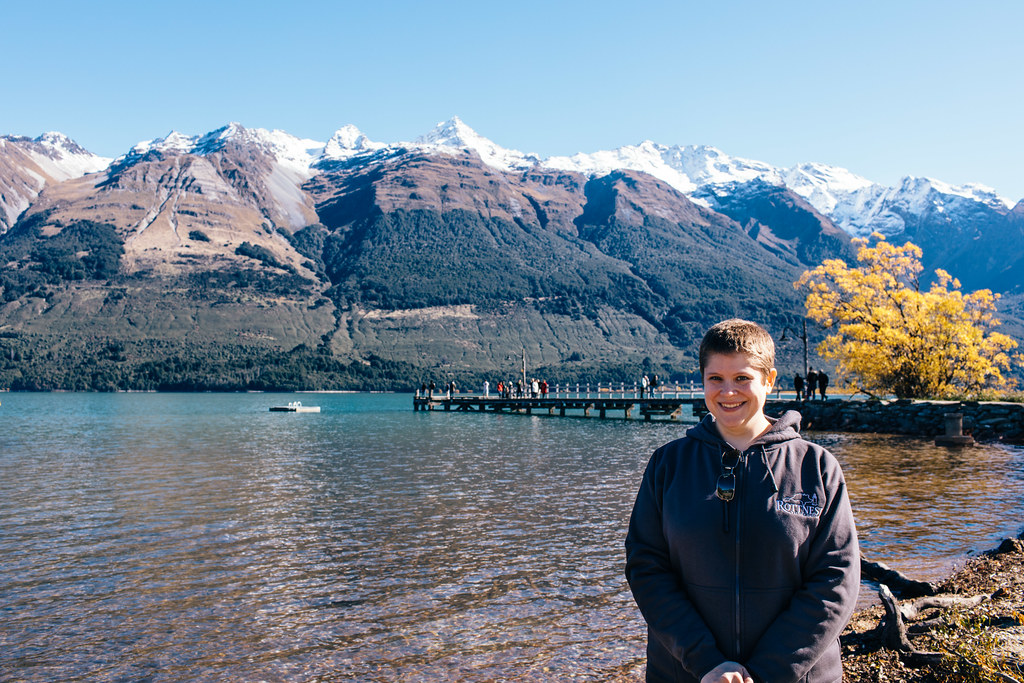 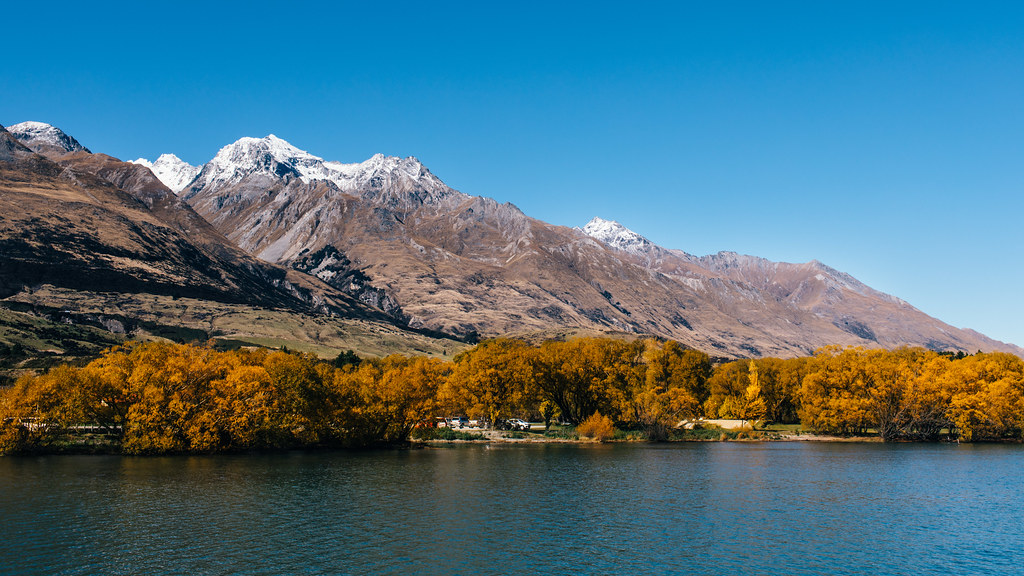 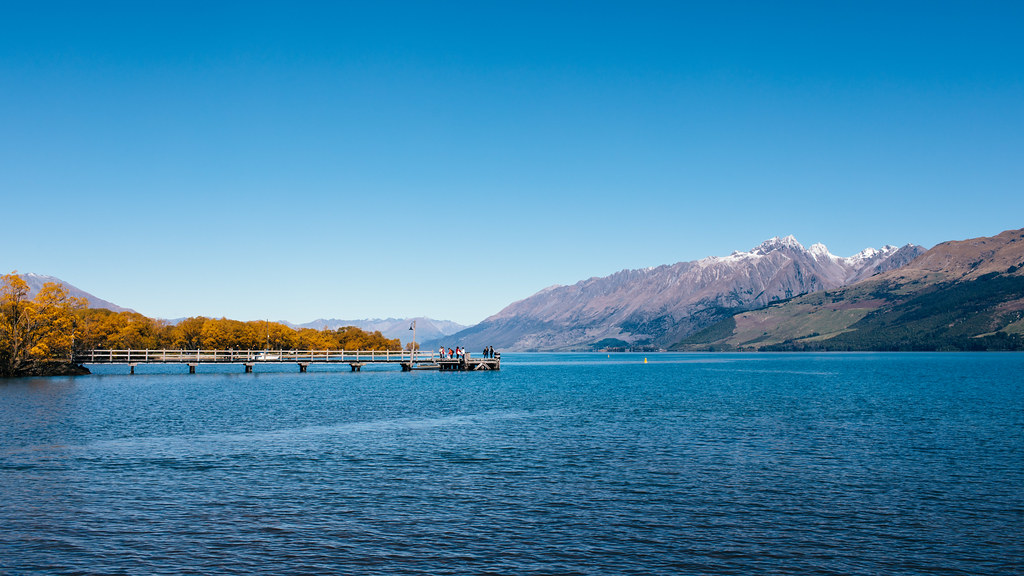 We spent the afternoon wandering around Queenstown Gardens and Queenstown itself. This was definitely a fantastic time to visit, the air was cool and crisp and all the leaves were changing and everything was bright yellow. 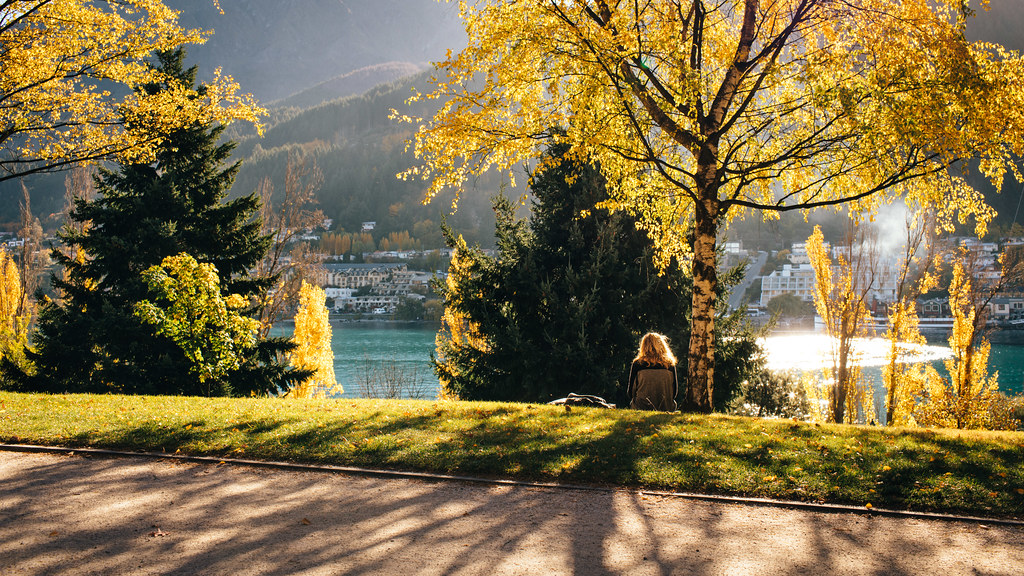 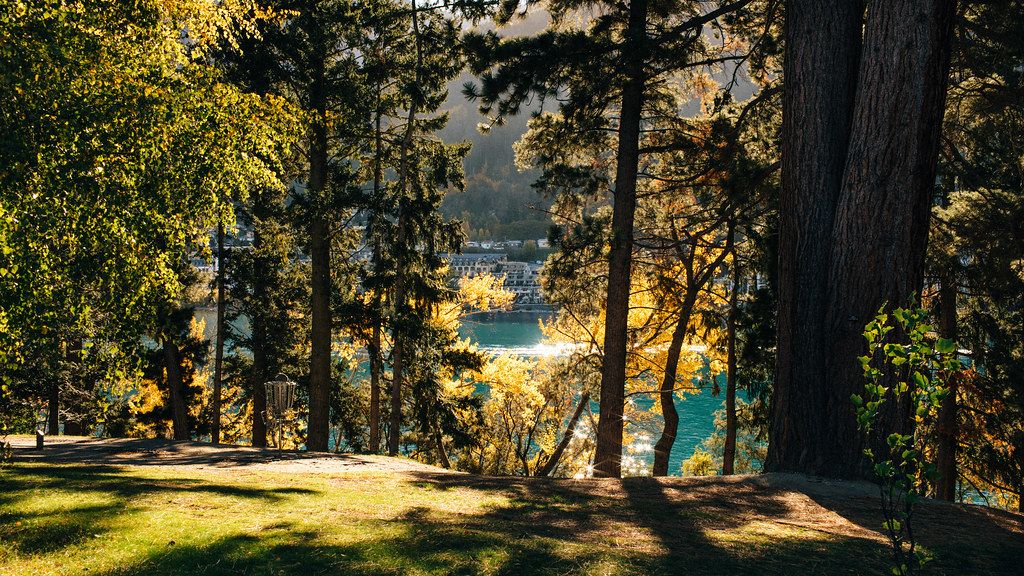 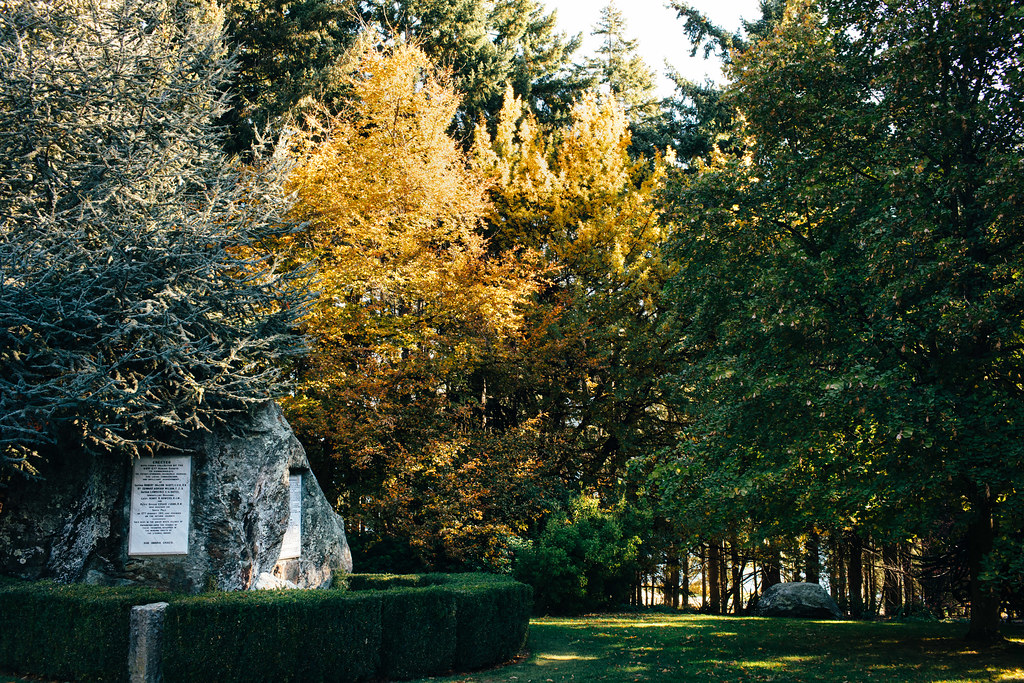 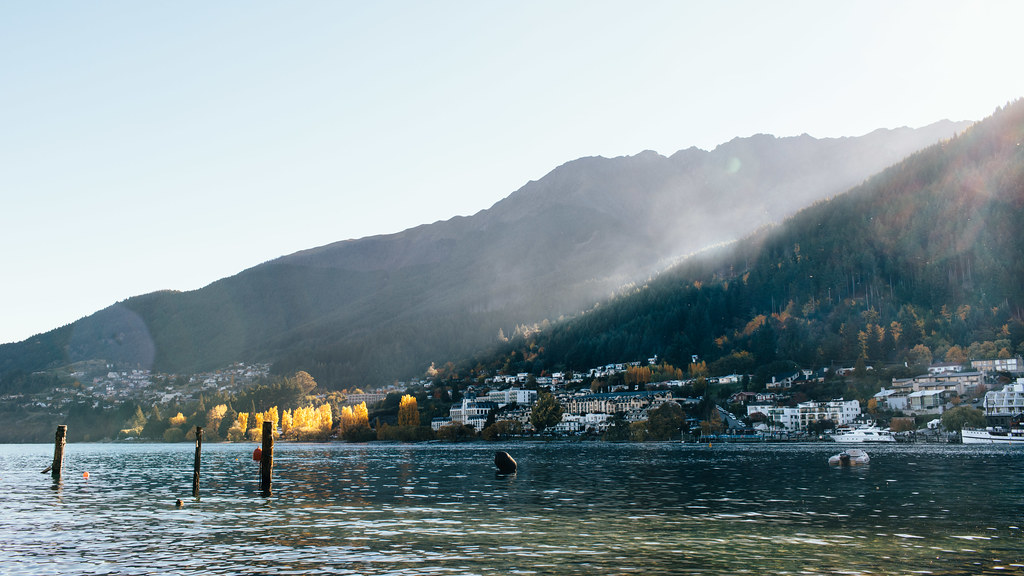 Dinner was whole baked flounder with shaved fennel and orange from Public Kitchen and it was absolutely magnificent, cooked to total perfection. The “whole fish” bit was slightly off-putting because it’s literally that, a entire fish, eyeballs and all, sitting on your plate staring up at you but I pretty quickly got over it. 😛

The morning view the next morning was even better than before. 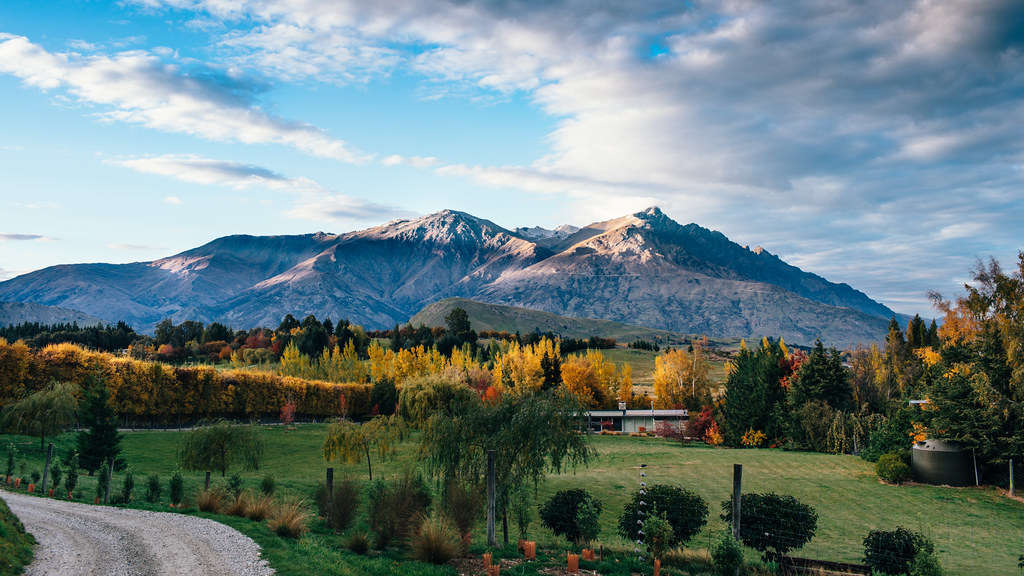 We paid a brief visit to Arrowtown, though there wasn’t a whole lot there and it was mostly tourist shops. 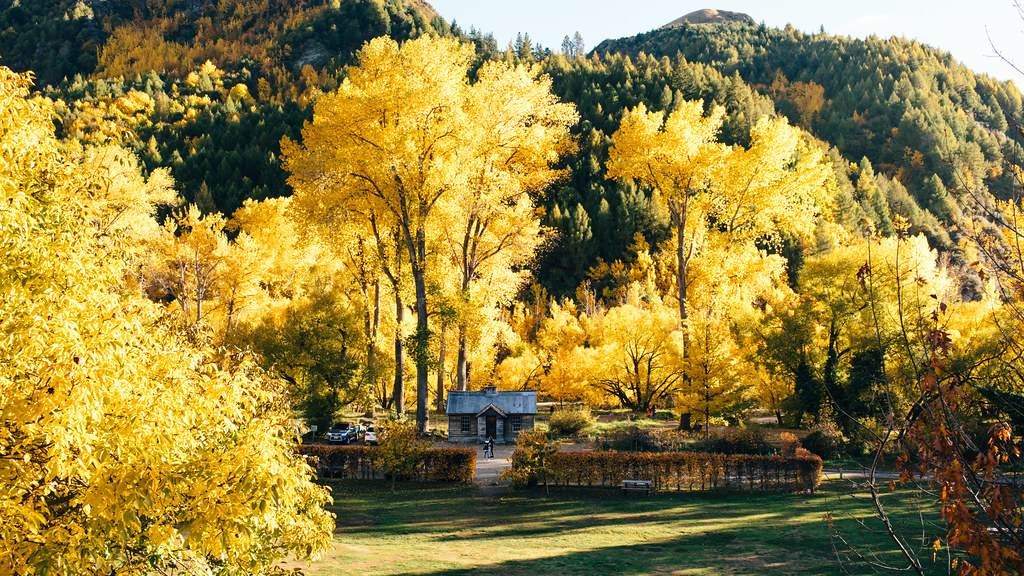 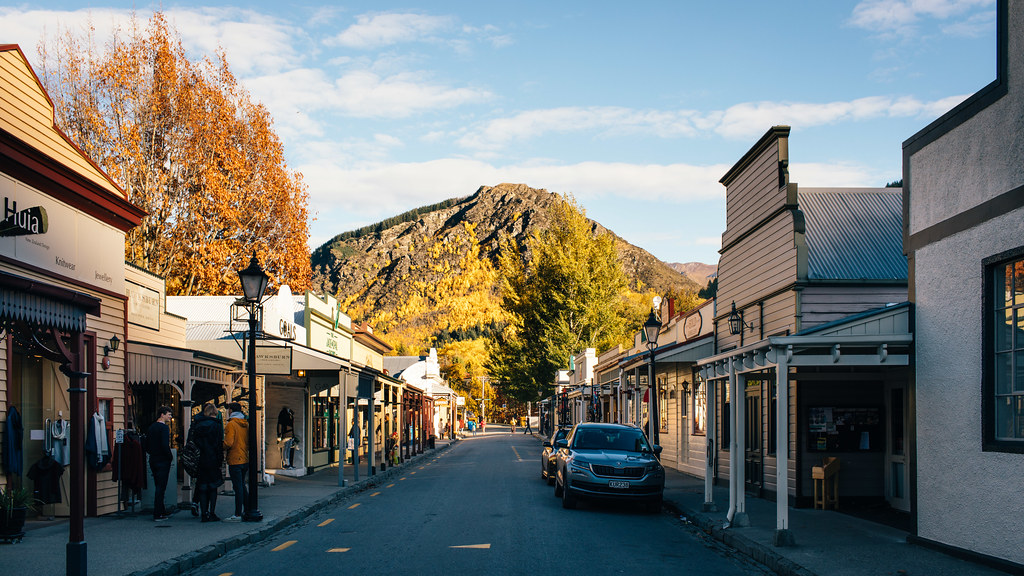 We then drove up to Wanaka and took the obligatory photo of the tree there. 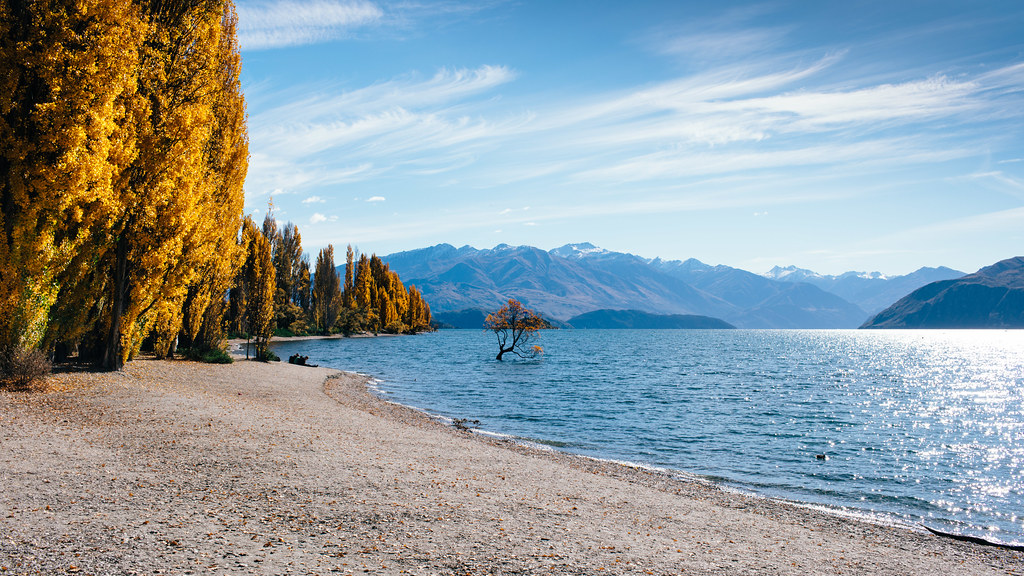 The drive itself had some great scenery along the way too. 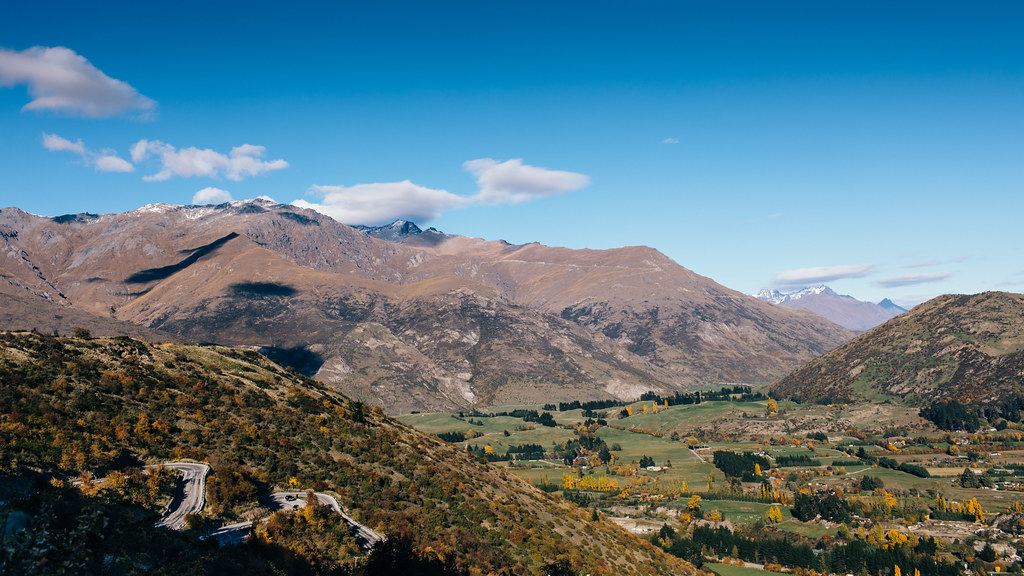 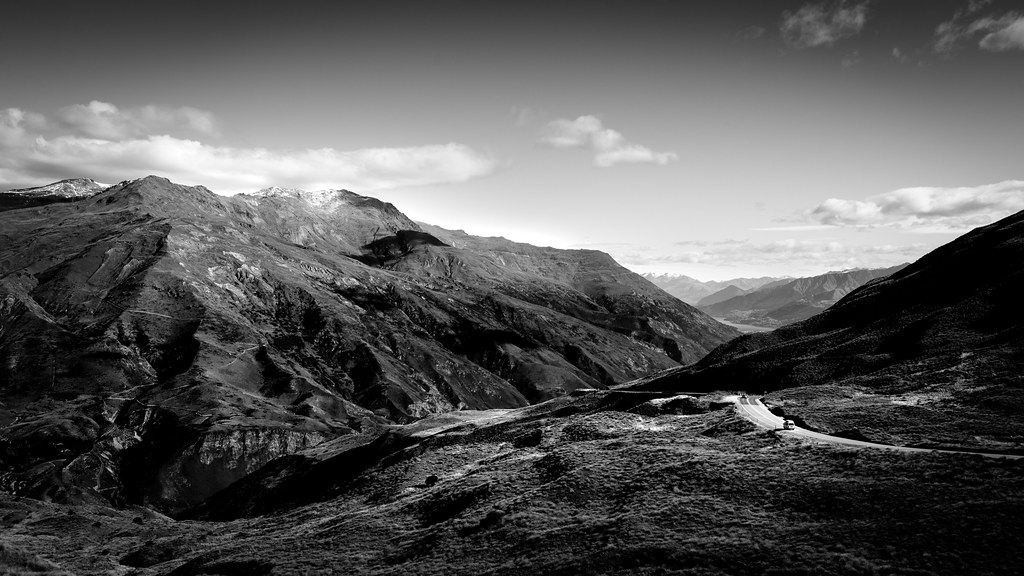 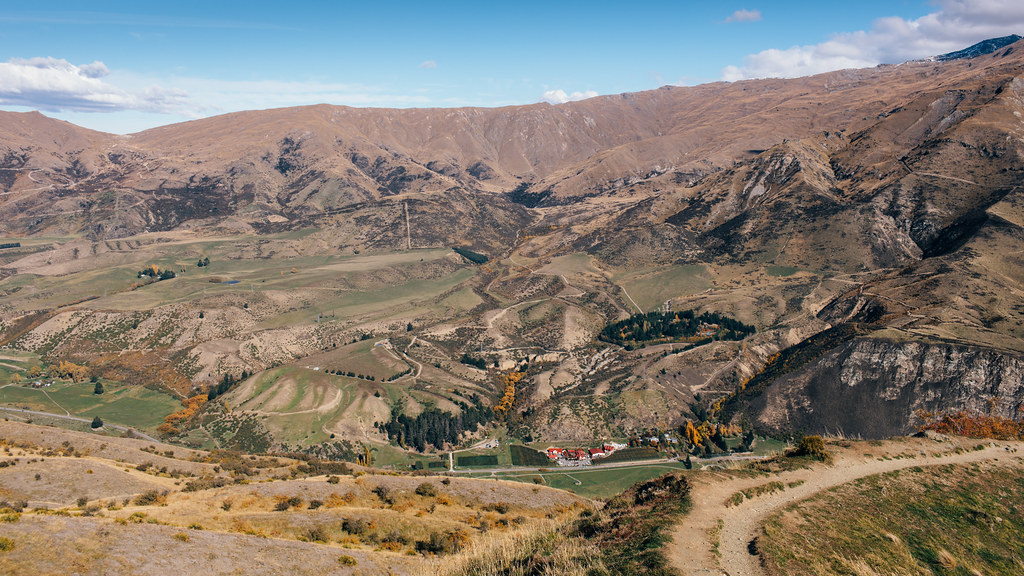 Dinner was at the Pig & Whistle pub, I got the dry-rubbed steak with veggies and red wine jus and Kristina had chicken and mushroom pasta, and they were both absolutely incredible.

The final full day we were there, we drove two and a half hours up to Lake Pukaki. As before, the drive itself was quite scenic too. 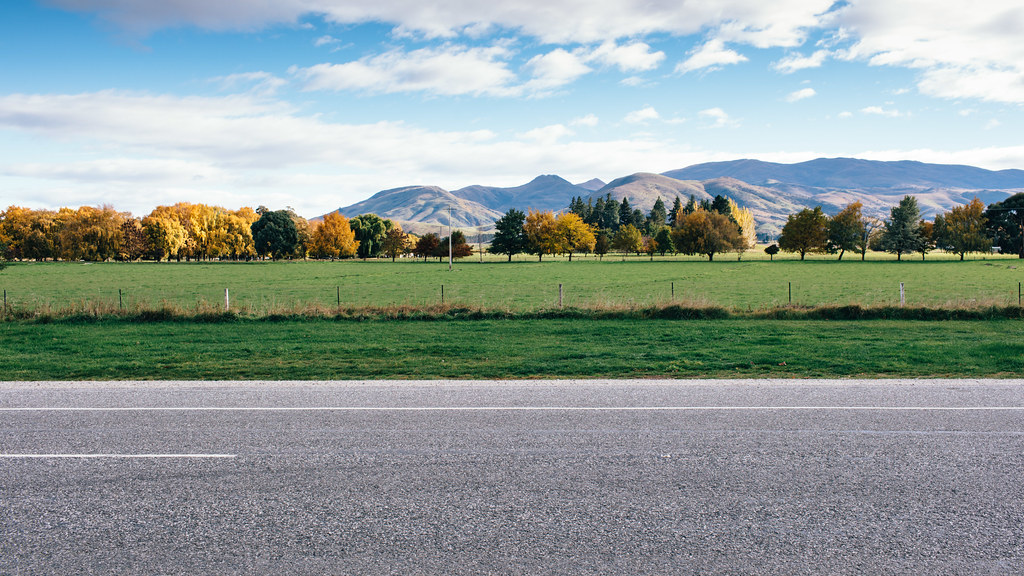 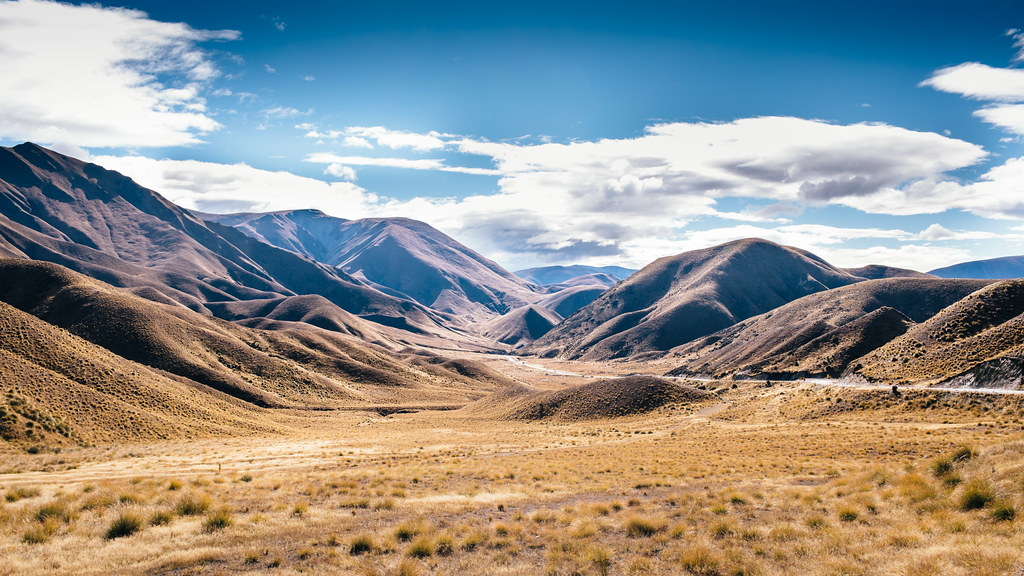 The lake itself is amazing, it’s this crazy neon-blue colour. The first two photos don’t really do it justice, but the third one is exactly how it looked even in person. 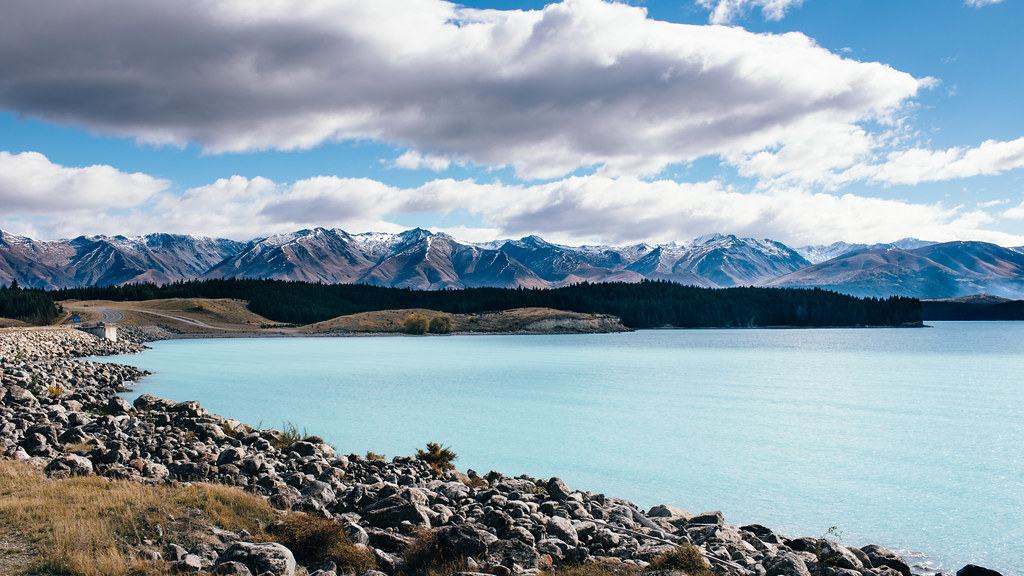 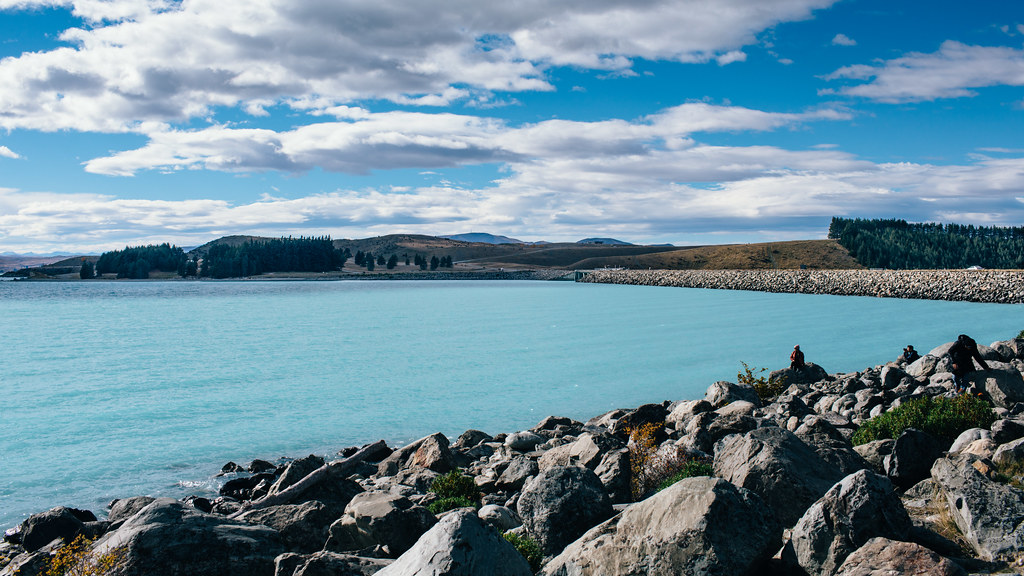 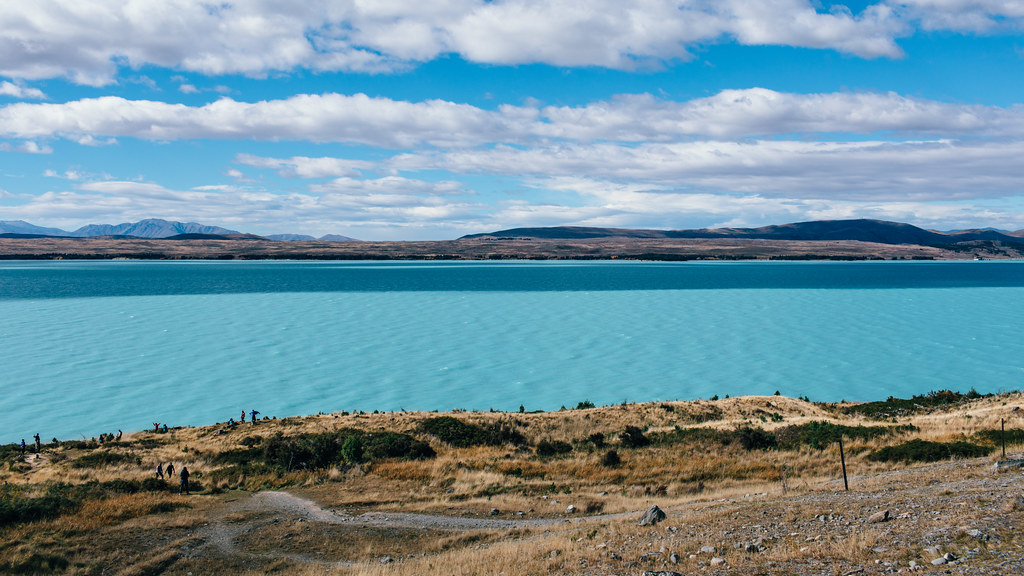 We drove a little further north along the western edge of the lake to get a bit closer to Looking towards Aoraki / Mount Cook, which was looking very dramatic with its peaks covered in clouds. 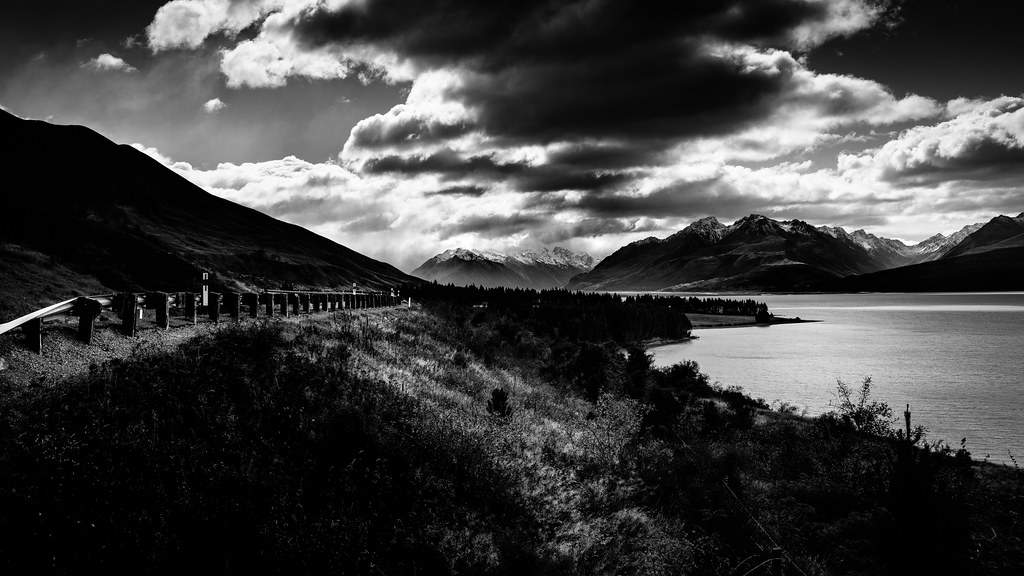 Overall it was a fantastic trip, we definitely want to go back again but we’re thinking we’ll fly into Christchurch next time and drive around further in the north of the South Island.

The full photosets are here: