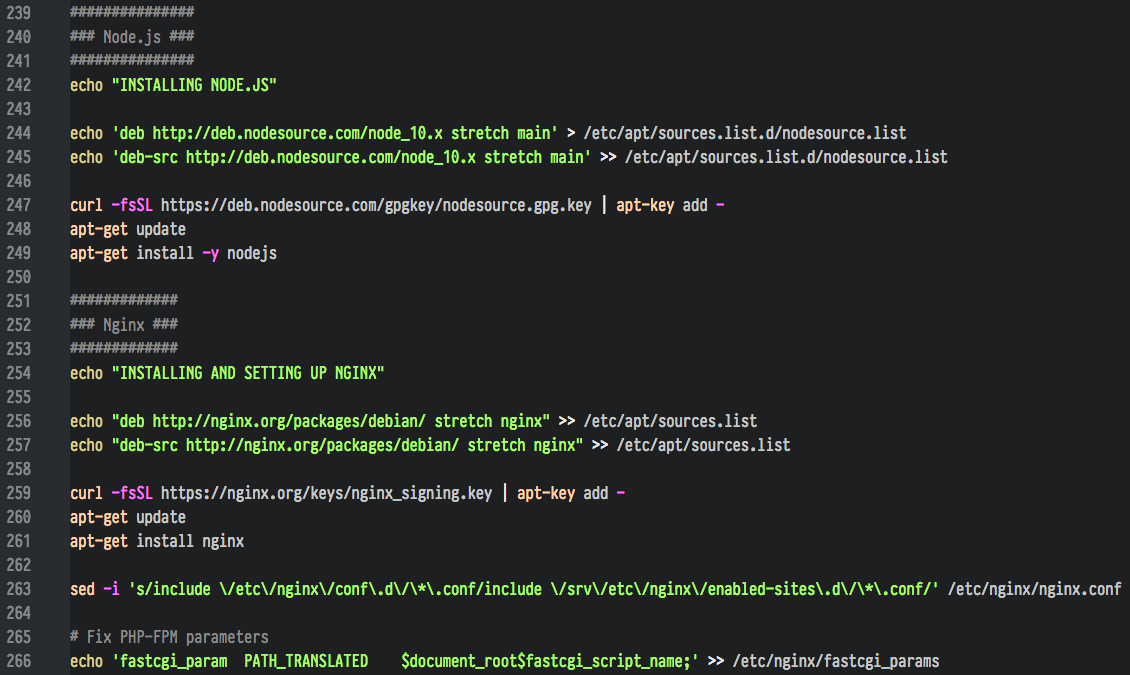 I’ve been using Linode to host myself a Linux virtual machine since 2011, originally so I could run Jira on it (now long since moved to a cloud-hosted instance), since my entire job was supporting it back then, and also just generally to dabble with Linux and the command line. I started out with CentOS 5 as that’s what we were using at work at the time, and slowly installed more and more random things on it.

When I decided it was time to upgrade to CentOS 7 in 2015, I put together a page in Confluence noting down each thing I was doing, as I was starting with a fresh new virtual machine and migrating only the bits and pieces I needed to it. That was better, but still ended up with a bit of a sprawling page and me forgetting to update it after I’d completed the initial migration. I eventually shut down my whole Dreamhost account and moved solely to having my website and blog and various miscellany (15 years worth of images from LiveJournal entries and posts on Ars Technica, as two examples) hosted on the Linode. Unfortunately I wrote down absolutely none of how I configured it all!

Linode have a thing called StackScripts that let you start up a fresh VM and run a bunch of commands on boot to configure it how you need. Over the course of probably two months, I built up a Bash script to install and configure all my various software packages at boot to a fresh Debian 9 machine to configure it how I needed, and with everything stored in a Git repository. That included also adding Git repositories with my Nginx and systemd configurations as well as running a script on my existing CentOS 7 VM to grab database dumps of my website and our respective blogs, as well as the aforementioned 15 years’ worth of images and other files.

The end result is a ~500 line Bash script that’s version-controlled so I can see exactly what I did, with any new changes I’m making since I cut over to the Debian VM being saved in that as well, and the same with my systemd/Nginx/everything-else configuration! As long as I’m disciplined about remembering to update my StackScript when I make software changes, whenever the next big move to a new VM is should be a hell of a lot simpler.