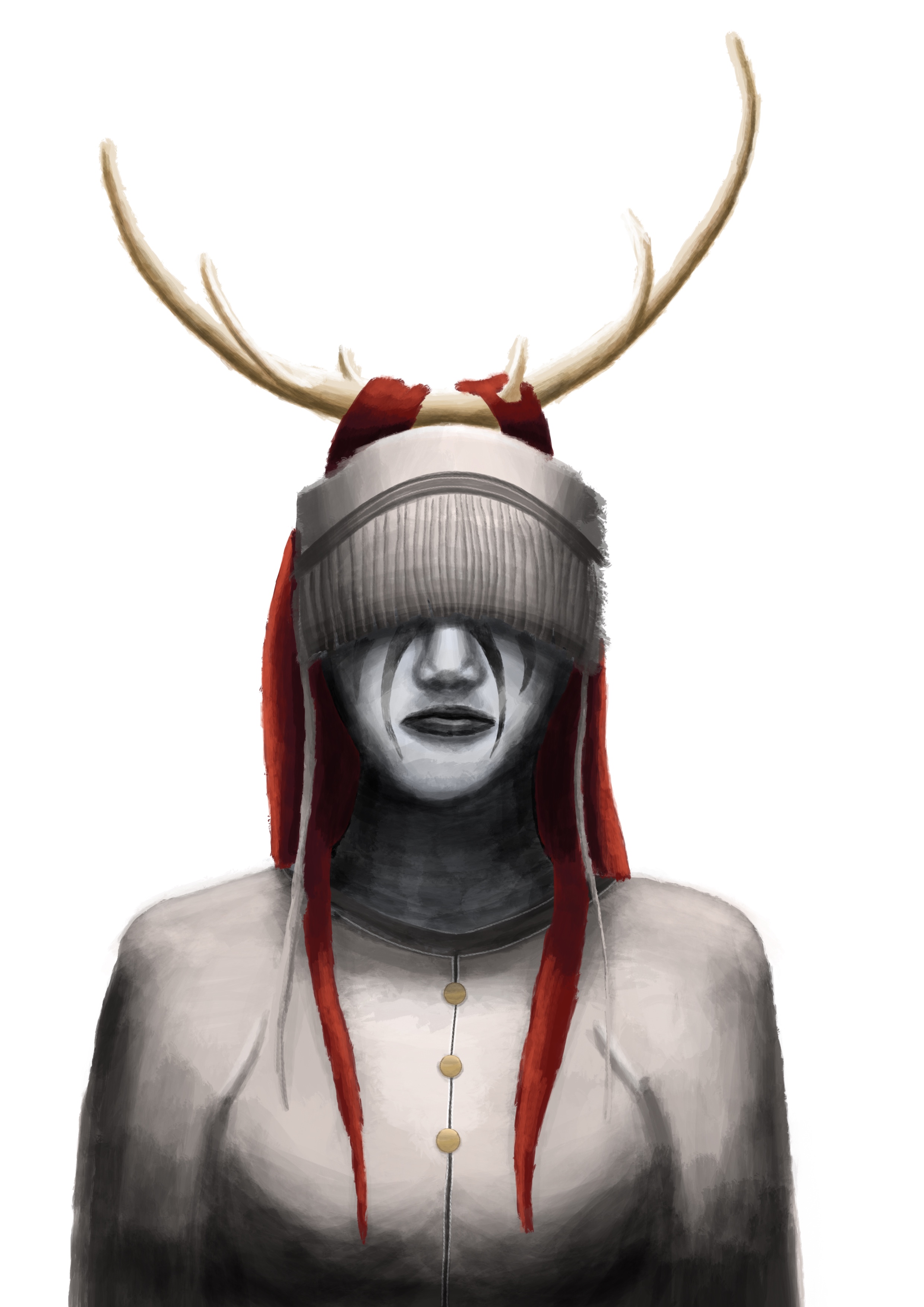 As previously mentioned, I’ve been enjoying the hell out of my iPad Pro and Apple Pencil, and have been doing a whole lot more drawing/sketching/painting since then. I moved my Mastodon account over to a much smaller instance, mastodon.art, which as you’d expect is very focused on art and has a lot of extremely creative people on it, and I’ve been getting a daily dose of inspiration. (As a side-note, I can’t recommend enough moving to a smaller Mastodon instance as opposed to one of the huge ones like mastodon.social… it really does feel much more like a community, and the local timeline is something you actually can keep up with and interact with).

I found a really good series of tutorials on drawing people and facial expressions, and drew this!

After that were a bunch more extremely munted-looking people which I’m not going to post, but then I eventually got my proportions better.

One of the artist-types I follow on Mastodon is Noah Bradley, he’s done paintings for all sorts of places including for Magic: The Gathering! He said he biggest piece of advice was “Use more reference!”, i.e. have an actual picture/photo/whatever next to the thing you’re drawing so you can get the proportions and such correct. I took that advice to heart, and painted this picture of what ended up as a queen!

She looks nothing like the original photo, of course, but it really helped to get the angles of everything correct. I also really started getting the hang of lighting, I’m so pleased with the light from the runes that’s reflecting off her hair, especially on the right.

Lily’s Christmas present was the first-gen Apple Pencil for her own iPad and she’s been absolutely drawing her heart out as well. One of the things she likes drawing are My Little Pony characters… she’s never watched the show but enjoys making up her own characters. She set me a challenge of making a character myself, with the theme of “neon”, and I took that opportunity to do some more practice with lighting (see the linked image for the full effect). I found an outline online and traced over that for the shape, but the colour is all me!

We also took my old teddy bear Neddy out, who I’ve had since I was a year old, and used him for some lighting practice.

Then my latest work was Maria Franz from the band Heilung! They do epic pagan/folk music and it’s absolutely fantastic (see the video of their live show). I introduced Lily to them and she’s now completely obsessed. She sent me a picture of Maria Franz that she’d traced over and coloured in, and I realised that’d be a perfect bit of subject matter.

I had a picture of her open in Safari in split-screen view so I could get the outline and proportions right, and Procreate tells me this was nearly 10 hours all up! I’m absolutely stoked with how it ended up, and just seeing the difference between my earliest stuff and now is great, even though it’s only been two months. The “Use reference” mantra is one that I’m definitely taking to heart.