So I’ve finally ditched LiveJournal and migrated it all over to my own WordPress site. I wanted to keep blogging things, but where people might actually read them. 😛

We decided to scale down our ambitions with the five-year anniversary trip, as Kristina is currently contracting and so would be losing out on quite a lot of money, and so went to Tasmania for five days instead. We’d heard great things but had never actually been before.

We stayed in the Hobart Art House, which was fantastically close to everything. We rented a car from Budget, and specified “Suzuki Swift or similar”. A Swift would have been fine, but instead we got a 1.2-litre Nissan Micra. It’s the most gutless car I’ve ever driven, and to get up the hill to where we were staying I had to put my foot all the way down to the firewall, and even then it still struggled. 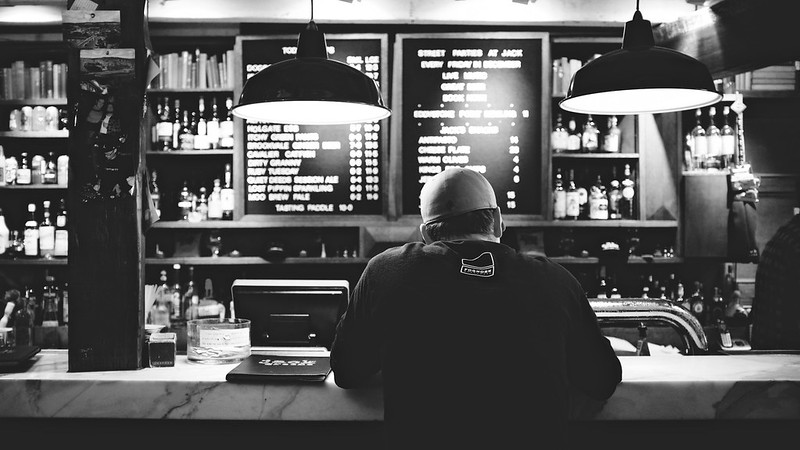 Day 1 was wandering around the Salamanca Markets, burgers for lunch at Jack Greene (their beef and blue cheese burger is amazing), then some more wandering until dinner at Monty’s on Montpelier. Their website says “fine dining” and my god, if anything that’s underselling it. The food there is absolutely incredible. 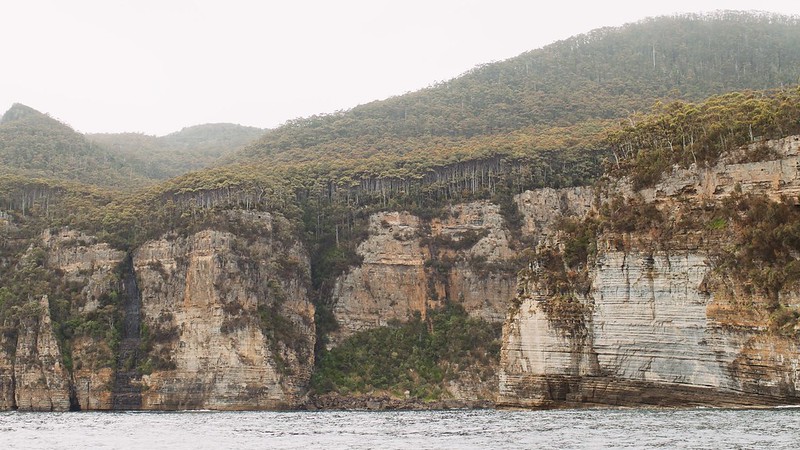 Day 2 started with a three-hour boat ride around the south-eastern coast with Pennicott Wilderness Journeys. According to the tour guide it was one of the calmest days they’d seen this year, but unfortunately that didn’t help because about half-way through the trip I got horribly sea-sick, though thankfully (barely) not to the point of throwing up, but it meant I was mostly sitting there feeling absolutely miserable and not even being able to look at any of the scenery. Kristina was suffering as well, so in hindsight the whole boat trip was a terrible idea. It redeemed itself with lunch at Port Arthur Lavender (again, incredible food), then dinner at Rockwall. One of their specials was a coffee-rubbed wagyu, and it was definitely the best steak I’ve ever had. It was pretty much falling apart in my mouth, it was so tender. 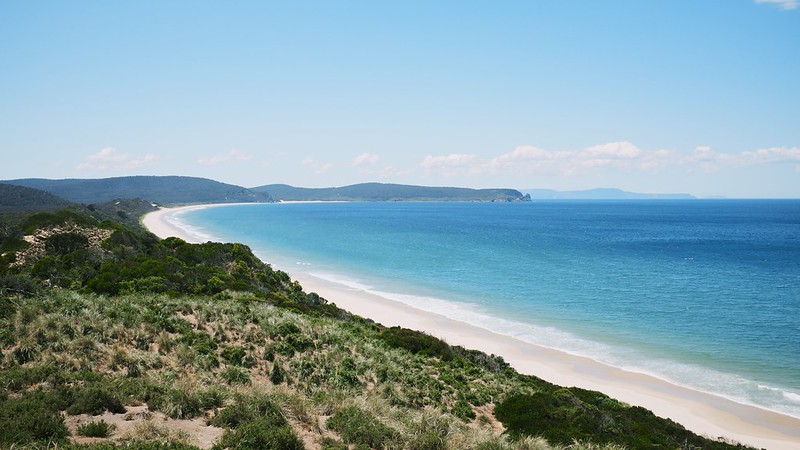 Day 3, we went to Bruny Island. The “attractions” there were rather over-hyped, but the scenery is absolutely stunning. It’s like a tropical island in places, the clarity of the water is unbelievable. The afternoon was spent walking around the streets around where we were staying and checking out all the old houses, then dinner was at Mures. Mine was quite tasty, but Kristina’s risotto was crunchy, and even after she sent it back and got a new one, it wasn’t brilliant. She got a cold seafood tasting platter afterwards though, which was REALLY good. 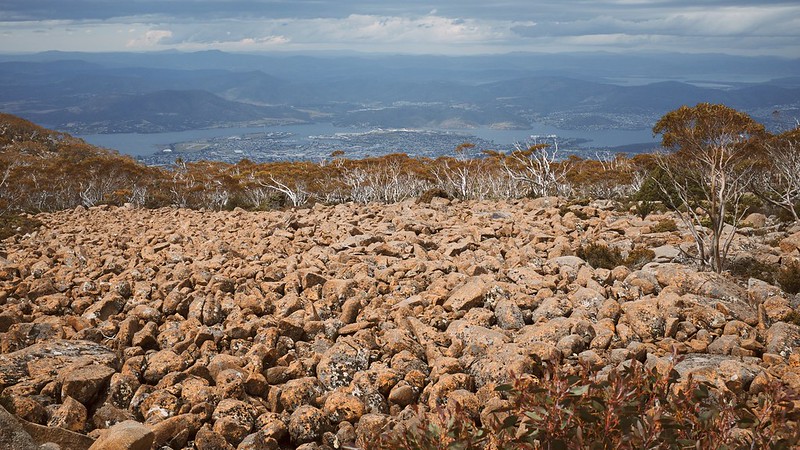 Day 4, the last full day we had, we wandered around the botanical gardens, had lunch at Blue Eye (in keeping with everything else, the food was excellent), then went for a drive up to Mount Wellington. On the drive up, there was someone in a van who was doing 40km/h in a 70km/h zone and kept drifting over entirely into the other lane. It was terrifying! Thankfully there was a solid section of broken line on the road where I could overtake them, and the little Micra managed it surprisingly well. Mount Wellington itself was absolutely incredible, I’ve never been up a mountain where there’s alpine foliage before, and it felt like an entirely different world. Dinner was at Don Camillo, which was quite tasty but not on the level of some of the other restaurants.

On the last day we walked around Salamanca Place again, and had lunch back at Rockwall before heading to the airport. Our own car is only a 1.8-litre 2000 Corolla, but it was pretty funny feeling like it had a whole lot of grunt driving back from Sydney airport after having spent five days driving the Micra around. 😛

All in all, Tasmania was excellent and we’ll definitely be back!