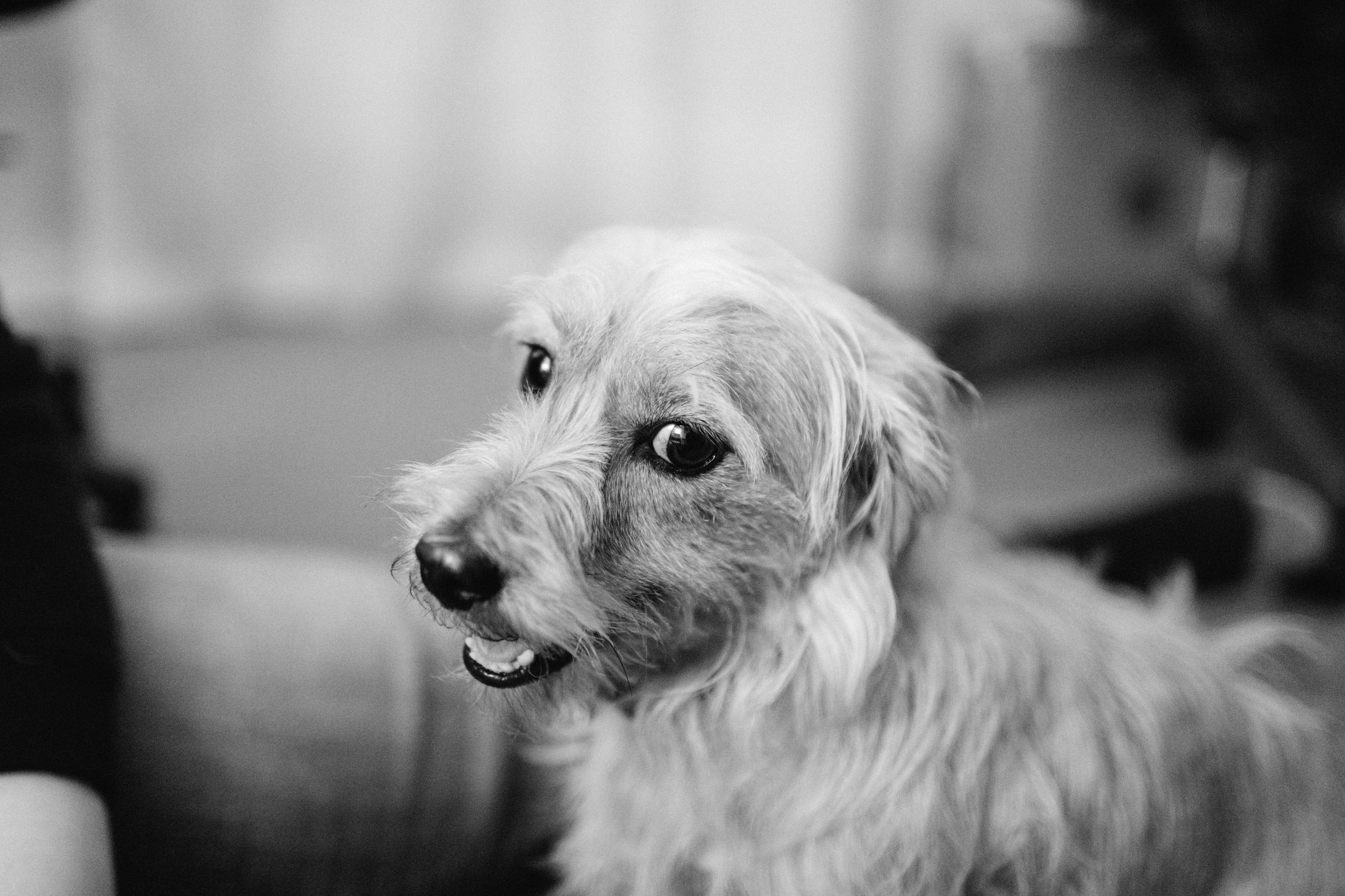 As of today, we’ve had Beanie for five years!

We got him as a rescue dog when he was a year old, he’d already had three previous owners before us, and the house he was living in when we got him had two other much larger dogs that apparently were taking most of the food and generally bullied him. The idiot woman who owned him also had him on some “raw chicken” diet where he’d have basically just raw chicken pieces, and his hair was all short and his tail was permanently very tightly curled — which is how he gets when he’s nervous or anxious — and didn’t wag at all for the first three or so weeks that he was living at ours.

He had quite bad separation anxiety, we eventually went to the vet and got some anti-anxiety medicine because he would scratch at the door repeatedly when we’d leave the house, to the point that he was scratching the paint off it. The medicine combined with giving him a marrowbone treat whenever we leave for a period of more than an hour or two has definitely helped, he now gets excited we’re we’re getting ready to leave because he often gets a treat. 😛

He’s never liked other dogs, and generally still doesn’t, but we were able to take him to puppy training session where he at least got some exposure to dogs around his size, and that led to our now-regular visits with Leo!

Because Kristina and I are out of the house for a good 10-11 hours a day, we have a dog walker to comes every day after lunch to let him out and give him a walk. We have her come around anyway if one of us is working from home or sick, and he gets so excited when she arrives.

Beanie is a good boy, he never gets into any trouble whatsoever: he doesn’t chew things, he goes to bed at night when we do and doesn’t get out of bed in the morning until we’re up (or even after we’re up on occasion), if one of us is sick he’ll happily snuggle up on the lounge with us. One of his favourite things to do is to “up” at us, which he frequently does after we’re lying in bed and getting ready to go to sleep!

The only irritation is his bark… there is ZERO wind-up or warning, and it’s an extremely loud and sharp bark that gives you a heart-attack! If he’s bored he’ll find things to bark at which can be super-annoying, but usually a quick walk around the block will tire him out and he calms down afterwards. Given how destructive other dogs can be though, I think we have it pretty good with Beanie. 🙂