I decided I wanted to have some sort of physical display in the house for the temperature sensors so we wouldn’t need to be taking out our phones to check the temperature on my website if we were already inside at home. After a bunch of searching around, I discovered the PaPiRus ePaper display. ePaper means it’s not going to have any bright glaring light at night, and it also uses very little power.

The Raspberry Pi is hidden away under a side table, and already has six wires attached to the header for the temperature sensors, so I decided to just get a separate Raspberry Pi Zero W — which is absurdly small — and the PaPiRus display.

I flashed the SD card with the Raspbian Stretch Lite image, then enabled SSH and automatic connection to our (2.4GHz; the Zero W doesn’t support 5GHz) wifi network by doing the following:

1) Plug the flashed SD card back into the computer.

3) Also in the “boot” volume, create a file called “wpa_supplicant.conf” and paste the following into it:

4) Unmount the card, pop it into the Pi, add power, and wait 60-90 seconds and it’ll connect to your network and be ready for SSH access! The default username on the Pi is “pi” and the password is “raspberry”.

(These instructions are all thanks to this blog post but I figured I’d put them here as well for posterity).

The PaPiRus display connection was dead easy, I just followed Pi Supply’s guide after soldering a header into the Pi Zero W. If you want to avoid soldering, they also offer the Zero W with a header pre-attached.

Getting the Python library for updating the display was mostly straightforward, I just followed the instructions in the GitHub repository to manually install the Python 3 version.

I wrote a simple Python script to grab the current temperature and humidity from my website’s REST endpoints, and everything works! This script uses the “arrow” and “requests” libraries, which can be installed with “sudo apt-get install python3-arrow python3-requests”. 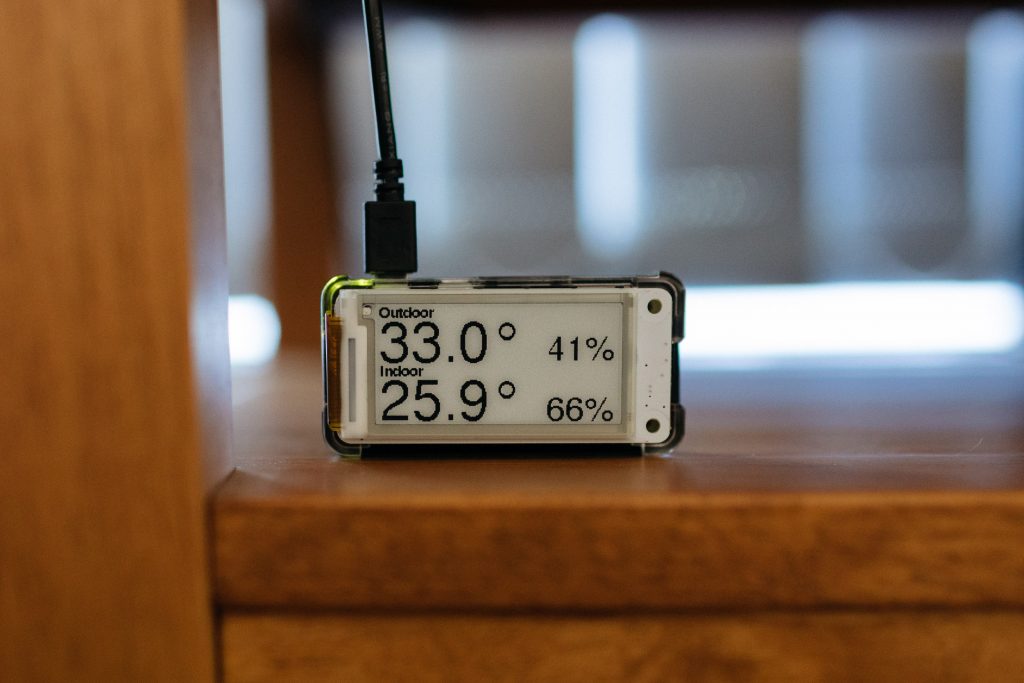